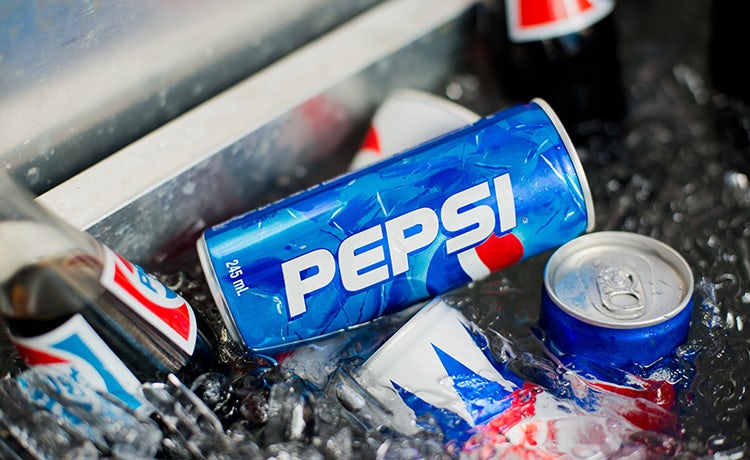 Brands and agencies need to “reframe” their relationship and “put the idea at the centre of everything” in order to produce the most impactful work, said Pepsi CMO Todd Kaplan.

Reframing its own relationship with agency partner Alma DDB has been a “gamechanger” for the brand, Kaplan explained, leading to a campaign launched last year that became something of a “cultural phenomenon”.

“We decided to reframe our dialogue and call ourselves co-conspirators,” Kaplan said, talking at Cannes Lions International Festival of Creativity today (20 June).

“It’s really empowered us to solve problems together on equal footings, rolling up our sleeves in the trenches, really getting in the good stuff… That simple reframe has really been a gamechanger for us. We’ve gone from buying to building, [and] from rounds to brainstorms.”

However, it wasn’t until Pepsi discovered a “bold cultural insight” and paired it with an unbriefed creative idea from Alma DDB that the brand and agency decided to “get under the hood” enabling it to take the “dynamic to a whole new level”.

Kaplan has coined the term “collaborativity” for this new level – collaboration plus creativity. The result was ‘Hidden logos’, a campaign that led to a 29% rise in brand consideration.

It’s about rolling up your sleeves. No matter what company you work for, no matter what level you are, you deserve a seat at the table.

After making a call out to its agency partners for unbriefed ideas, Alma DDB suggested finding hidden Pepsi logos within the logos of other brands, showcasing the variety of brands Pepsi partners with.

“While we loved it I wasn’t really sure what to do with it. It was very broad, it had a lot of interesting areas, and was creatively interesting, but it wasn’t really grounded in any of the areas we needed,” Kaplan said.

At the same time, new insight from Pepsi’s research and development team had just revealed that of all foods, the taste of Pepsi goes best with burgers.

“There’s some science behind it – the carbonation breaks down the grease of the burger, the citric acid brings out the taste of the meat and cheeses,” Kaplan explained.

A subsequent study found 60% of consumers preferred the taste of Pepsi with a burger over Coca-Cola, the brand’s main rival and the market leader. As a result, Kaplan asked Alma DDB to apply its hidden logo idea within the burger category.

Although Alma DDB went away and created the Pepsi logo within the logos of different burger chains, the campaign was still missing “a bit of creative tension”, Kaplan added.

“We knew we needed to do something a little bit more bold and irreverent to really dig in and sharpen the brief.”

Pepsi then identified that while consumers may prefer to eat burgers with Pepsi, the top three burger chains in the US – McDonald’s, Burger King and Wendy’s – only sold Coca-Cola.

“We knew we’d finally extracted the right cultural truth and insight to really sharpen this and said, why don’t we come back with some images around the top three burger chains.”

The idea was not without challenges. While Kaplan wrestled with lawyers and senior executives in the business, Alma DDB debated with concerns that it would anger McDonald’s, one of its other clients. Eventually, however, the campaign went ahead.

“We had a lot of fun with this campaign and quite literally ate our competitors lunch.  We saw massive increases in our association and consideration with burgers… and we drove massive buzz and engagement around the brand,” Kaplan said.

Firstly, Pepsi established the value in issuing an open brief to its agencies to bring in “small nuggets of ideas” – though they have to be consistent with the brand’s positioning and “in service of a true brand and cultural insight”.

“What’s great about it is it really starts with just a small idea, a one line statement, but we can talk about it and if not we can throw it out quickly without too much churn,” Kaplan explained.

The second is to ensure there is “no agenda” on either side of the relationship “that trumps the idea itself”.

“We all work in service of the great idea and our job is to protect it at all costs within all of our organisations as it begins to iterate and build and grow. We need to make sure the right execution is still maintained throughout, to make sure everybody on both sides is proud of the work at the end of the day.”

The third and fourth lessons, according to Messianu, were “brutal and open transparency”, including honesty around concerns and client conflict, as well as diverse thinking within teams.

Finally, Kaplan said “it’s all about getting messy”.

“It’s about rolling up your sleeves. No matter what company you work for, no matter what level you are, you deserve a seat at the table. So roll up your sleeves and get dirty, building the idea together. It’s not this transactional buying and selling relationship that is so toxic in our industry.”

Kaplan and Messianu promised positive “return on idea” if these principles are implemented between a client and agency, adding the industry needs to get “back into the ideas business” and leave behind “the idea of a service business”.

“When you put the idea at the centre of everything you do, amazing things can happen. It brings all sides together and puts everything else down,” Kaplan said.

“And when you embrace the power of collaborativity, we’re all better together, agency and client together.”

PepsiCo, which owns brands including Walkers, Pepsi and Doritos, says it is working together with its retail partners to mitigate “consumer reaction” to inflation.