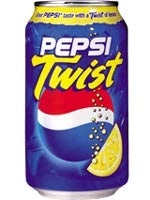 The move follows rival Coca-Cola Great Britain’s launch of Diet Coke with Lemon in the UK this month (MW April 4).

Pepsi Twist will be the first launch of a Pepsi brand variant since Pepsi Max in 1993. The drink, which is Pepsi-Cola with added lemon flavouring, was rolled out across the US last November, after two years of test-marketing in both diet and regular variants. The UK launch will be the full-sugar variant, and will be available in multipacks and two-litre bottles in supermarkets.

Pepsi Twist will retain the blue Pepsi packaging, with a lemon slice motif added to the can. The drink will be supported by a sampling campaign, point-of-purchase material and by Pepsi’s summer music promotions.

A new Pepsi Twist advertising campaign, featuring Britney Spears and spoof spy film character Austin Powers, has just launched in the US. The third Austin Powers movie, Goldmember, opens in the US in July.