The ‘Oh, Africa’ track will be the anthem for the latest Pepsi Max video, set to launch later this year and available to download as of 31 January.

Proceeds from the sale of the new song will go towards helping underprivileged African youth. Akon’s Konfidence Foundation, (Konfidence.org), will be one of the main charities set to receive a portion of the proceeds.

The track and accompanying video is set for international release and download on Music’s Biggest Night – 31 January and will premiere during the Grammy Awards Pre-Telecast stream on “Grammy Live,” an online destination featuring 72 hours of live coverage during Grammy Weekend.

Rivas, The Coca-Cola Company have teamed up with African hip-hop artist K’naan to create an uplifting soundtrack for the global marketing campaign to support the Coca-Cola sponsorship of the 2010 FIFA World Cup.  ‘Wavin’ Flag – Coca-Cola Celebration Mix’ will be released in 150 countries in 2010 and will be the centrepiece music for the campaign.

The Coca-Cola campaign is asking fans all around the world to share their celebrations online to a soundtrack of ‘Wavin’ Flag – Coca-Cola Celebration Mix’.  The track will also be used as the music throughout the entire campaign including as the soundtrack on all TV commercials, at FIFA World Cup Trophy Tour by Coca-Cola events, on the online digital platform and more.

The track is a remix of K’naan’s ‘Wavin Flag’, which originally appeared on his hit 2009 album ‘Troubadour’. K’naan reworked the song for the Coca-Cola campaign which invites football fans to express their optimism and passion for football through active dance celebrations in the run-up to the 2010 FIFA World Cup in South Africa.

“Phishing is a common way of attacking a large volume of users on the internet and simply makes use of the fundamental need to trust. 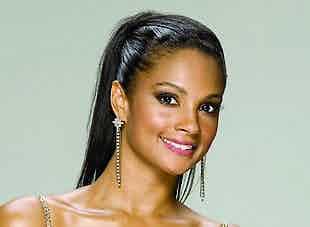 The Co-operative Group has signed up TV and pop star Alesha Dixon to launch its 2010 Gold Hearts Appeal.