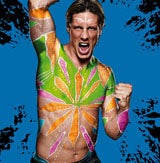 The ad will show the players covered in body paint, demonstrating them showing “their true colours”.

The body paint campaign forms part of the overall 2010 Pepsi Max activity, which includes a TV ad set to launch this summer. The new TV commercial was filmed in Africa and showcases the player’s talents.

Earlier this year, Pepsi Max launched the track, ’Oh Africa’, which was recorded by Akon, Keri Hilson and the Soweto Gospel Choir.

The track will be the anthem for the new football TV commercial and is currently available for download online.

Ahmed Abdel-Karim, UK marketing manager for Pepsi Max, says: “This year, we want to bring fans a campaign that not only features the best players in the world, but also presents them in a unique way that is entertaining and fun. The body paint images bring a modern look to a very traditional means of expression and showcase each of our players’ universal passion for the game.”

Speaking to Marketing Week this week, Coca-Cola says it will boost awareness of its diet and zero ranges in the coming months, but will not increase the sizes of its on-the-go bottles in the same way that Pepsi UK plans to..