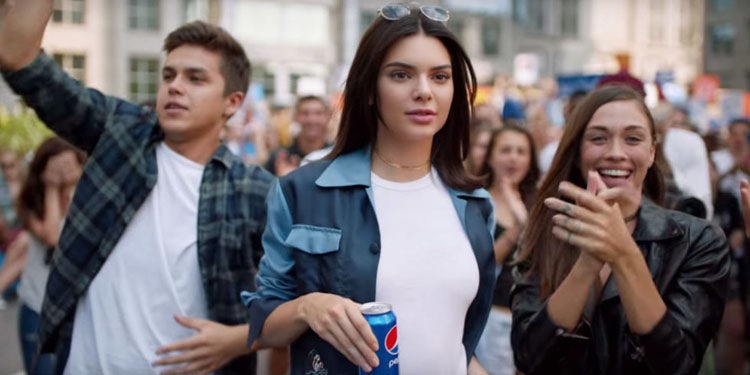 PepsiCo, he said, was sick and tired of the complicated structure that working with ad agencies created. “There is no infrastructure to advertisers to be able to quickly produce that content. You have to patch it together. Certainly the traditional agencies can’t do it.”

Following this week’s controversy, Jakeman might regret these comments, according to Lucky General’s founder Andy Nairn.

Pepsi’s tone-deaf ad featured model Kendall Jenner as the leader of a group of protestors, who awkwardly mirrored the Black Lives Matter movement. And after the campaign, which was created by the soft drink brand’s in-house creation arm, insulted the daughter of Martin Luther King and created a mass social media backlash, Pepsi was forced to pull it and issue a groveling apology.

Should Pepsi have enlisted an agency?

Nairn believes Jakeman’s Cannes comments suggest Pepsi’s in-house team worked so quickly on the Jenner campaign that it failed to properly vet it for controversy.

“Look, I own an ad agency so I’m sure people will say I have a vested interest here, but what happened at Pepsi clearly shows the dangers of not having an external perspective,” he tells Marketing Week.

“Agencies mess up too, we get it wrong all the time. But if you run an in-house creative department like Pepsi does you need to really interrogate your own approach and make sure you’re not blinkered by your own brand. It is clear Pepsi didn’t do that.”

Nairn adds: “It is basic common sense that if you are surrounded by people who live and breathe your brand when creating an ad, then you’re much more prone to disaster than working with an ad agency, who will take a more balanced approach.

“Yes, an agency will take longer to make an ad, but a longer trial and error approach typically avoids controversy so it’s worth it.”

A poll of 754 marketing professionals conducted by Marketing Week in partnership with One Poll’s consumer survey reveals nearly half (42%) of marketers believe the brands they work for are failing to reflect a contemporary, racially-diverse, society in their marketing and advertising.

And on the agency side only 13.1% of staff currently come from a black, Asian, and minority ethnic (BAME) background, according to the IPA.

It is basic common sense that if you are surrounded by people who live and breathe your brand when creating an ad, then you’re much more prone to disaster.

These stats show the marketing industry rarely seeks diverse voices when creating content, so surely Pepsi’s failure stems from a wider industry failing? While Nairn agrees both brands and agencies need to hire more racially diverse marketers, he believes the Pepsi controversy would have still happened regardless.

He adds: “Even if an in-house agency is filled with people of colour then they will still likely become so wedded to the brand, and see things through the lens of the brand, that they fail to spot tone or how the outside world perceives their brand. Diversity is a broader issue.

“We talk a lot about drinking the cool aid but Pepsi is an example of a organisation drinking too much of its own fizzy liquid.”

Yet, a possible lack of diversity in Pepsi’s own team is not the only issue. For Fern Miller, chief strategy officer at DigitasLBi, Pepsi failed because it didn’t reach out to protest groups.

“Corporations like PepsiCo need to over-index in how much they worry about the outside world perceiving them yet somehow there’s stil a sense of tunnel vision,” she explains.

“If you get involved with the protest movement in your ad then you need to really engage with these people on the front line and try to understand the nuances of what they are doing. If you don’t, well, then you can see what the results will look like.”

Pepsi experienced a “difficult” 2016 with its brand value dropping by 4% to $18.3bn according to Brand Finance, with it stating the Kendal Jenner controversy “could create further losses in the value and strength of its brand”.

Brand Finance could have a point. Pepsi’s buzz score is statistically significantly down over the last week, according to YouGov BrandIndex. Over this period, its buzz has fallen a massive 9.5 points to -9.2, placing it bottom on a table of the UK’s 26 biggest carbonated drinks brands.

Ultimately, Miller says the in-house vs agency debate is irrelevant. To avoid a similar brand  meltdown, it all comes down to doing proper market research.

She concludes: “This theory was invented in 1960s and 1970s that advertising went after the views of the public before it launched an ad – it is called planning and research. Sometimes when you work for yourself you lose all perspective. Brands and agencies just need to make sure there’s somebody on their team who reflects the voice of the consumer. I don’t think Pepsi had that here.” 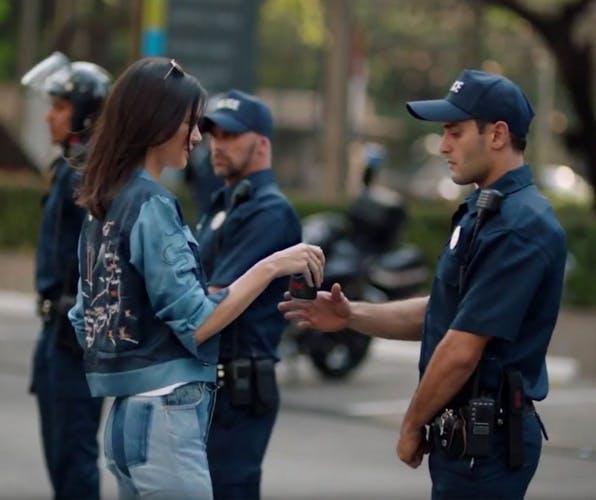