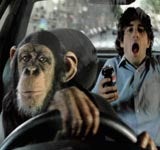 Pepsi UK marketing director Caroline Diamond is leaving the company in May for personal reasons.

A spokeswoman has confirmed that Diamond is leaving to look after her three children.

It is understood Diamond presented her decision to management last week and that no replacement has yet been earmarked, but Pepsi’s European head of marketing for carbonated drinks Okay Egdirici was installed as interim Pepsi UK marketing director while Diamond was on maternity leave. Diamond returned to work in January after giving birth to her third child last April.

As the person responsible for supporting Pepsi’s entire portfolio of beverage brands including Pepsi, Diet Pepsi, Pepsi Max and 7UP, Diamond signed off several high profile ad campaigns at a time when concerns over health and obesity increased in consumers’ minds.