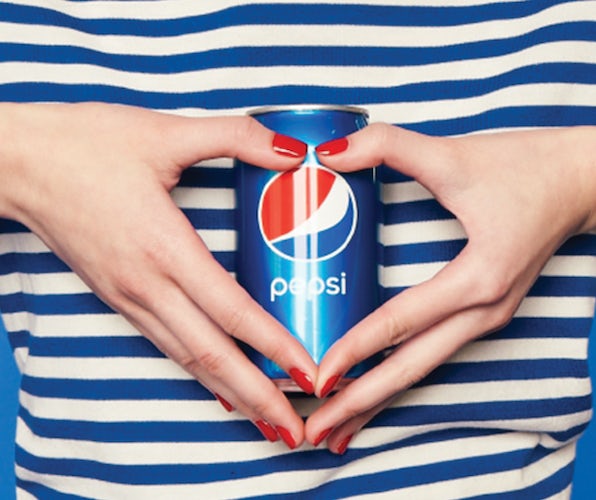 PepsiCo is working alongside its retail partners to retain consumers as the cost of living crisis worsens, making it the company’s top priority.

“Our number one objective is to keep consumers with our brands,” said Ramon Laguarta, chairman and CEO on a call with investors today (26 April), as the company reported net revenue of $16.2bn (£12.8bn) for the first quarter of 2022.

PepsiCo also upgraded its guidance, forecasting 8% organic growth this year, up from its previous estimate of 6% growth.

Laguarta said he believes that consumers are still “very early in this process of adjusting to the new inflationary environment” so he expects consumer behaviour to continue to evolve as the situation progresses.

He said PepsiCo is “confident” it can adjust to the changing times, as reflected in the firm’s increased growth predictions. One way the company, which owns brands like Walkers, Pepsi and Doritos, is adjusting to the changing environment is through collaboration with its retail partners.

We’re making our media much more efficient by targeting better.

The goals of the business and that of its retailers are largely aligned, said Laguarta. He said if retailers can get shoppers through the door and PepsiCo can keep consumers with its brands it is a “win win” scenario.

“We’re all concerned about elasticities and consumer reaction,” he added.

Using insights to minimise price elasticity is one way the company and its retail partners are working together, he noted.  He also said the group is looking at how it executes “on the ground” and in-store to combat the current crisis.

However, the Leguarta did note there are some geographies where its discussions with retailers are “more tactical”.

“I would say in some of the European markets, there’s a bit more friction when it comes to pricing,” he claimed.

In PepsiCo’s previous results in February, Laguarta had stressed the importance of the group creating strong brands to “manage the price increases in better ways than we used to do it in the past”. He described marketing as an “important element” in the company’s overall growth strategy, as it means consumers continue to see value in its brands despite the fact prices are increasing.

Today, Laguarta said advertising and marketing spend would be “roughly in line with revenue for the year”.

Although marketing spend is being kept largely consistent by PepsiCo, the company is keen to maximise the efficiency of its spend.

In February, Laguarta said the group was “becoming a better data company” and improving the way it measures return on investment.

Today, he reiterated this commitment to marketing spend efficiency through better use of data.

“We can target our messaging in a much more granular way,” he claimed. “We’re making our media much more efficient by targeting better.”

This represents a continuation of an ongoing “journey” for PepsiCo. Laguarta said this had involved “innovation through new digital tools”, as well as training of the group’s marketers.

At the end of last year, PepsiCo appointed Mars veteran Jane Wakely as the top marketer at the group. She was appointed executive vice-president, chief consumer and marketing officer, and chief growth officer of international foods.

As chief consumer and marketing officer, Wakely has been tasked with focusing on accelerating growth by “elevating” PepsiCo’s consumer-centricity, innovation, brand and marketing capabilities. Meanwhile, as chief growth officer of international foods, she is responsible for accelerating the ‘positive choices’ pillar of the business’s transformation strategy, PepsiCo Positive (‘pep+’).

Today, the group provided more detail about how it has been enacting its ‘positive choices’ initiatives. It highlighted the Walker’s brand in the UK, where a target has now been set that half of the brand’s sales should come from products that do not classify as high in fat, salt or sugar (HFSS).

PepsiCo said it saw growth in its share of the savoury snacks market in the UK in the first quarter of 2022.

PepsiCo has previously highlighted investment in brand innovation as one way it looks to gain “competitive advantage” over rivals.

One such innovation was a tie-up with The Boston Beer Company in August 2021 to produce Hard Mtn (Mountain) Dew, the beverage giant’s debut into alcoholic beverages, following rival Coca-Cola into the segment.

Laguarta today noted that it “too early… to call it a big success” but that the group is seeing some “very encouraging learnings” from the process.

He noted the learning process on both the side of his own company and that of The Boston Beer Company. Learning how to market and distribute the low alcohol beverage was one challenge facing both companies.

PepsiCo is committed to product innovation in this new channel, Laguarta added. The group wants to “innovate meaningfully” and apply its learnings about the consumer to its future innovations, he said.

PepsiCo saw a slight uptick in beverage sales after a 7% decline last quarter, with snack sales spurred on by working from home.