Retail media is set to become one of the fastest growing advertising channels globally over the next few years, with WPP’s media investment arm GroupM anticipating a 60% rise in spend by 2027, reaching $160bn (£131.6bn).

But while brands appear keen, working out how retail media fits within existing marketing teams and processes poses a considerable challenge.

For PepsiCo, retail media offers a “tremendous opportunity” to speak to consumers across all touchpoints of the buying journey, from awareness through to point of purchase and consumption. On top of offering ad space on their ecommerce websites, retailers are increasingly expanding their media offerings to include top of funnel propositions, such as partnerships with TV broadcasters.

Speaking at the Tesco Media Upfront today (6 December), the FMCG giant’s UK head of ecommerce, Adam Panzarino, said previously the business has struggled to keep the engagement of shoppers from beginning to end.Is inflation triggering a tipping point for retail media?

“We’re a company with a wide portfolio of brands. Our goal is to connect these brands to moments of consumption. Therefore, speaking to our shoppers is a critical part of what we do. We’re always trying to find new and creative ways to connect with our consumer from discovery all the way through to the point of consumption,” Panzarino explained.

“However, our messaging and that connection frequently gets lost at the critical point of sale. For consumers it can often become boring, a little bit transactional. Some even say that grocery shopping can be a bit of a chore. The reality is we often do lose our shoppers’ engagement at this critical point in their journey.”

Retail media offers a solution to that problem, he said. However, PepsiCo’s senior director of ecommerce marketing in Europe, John Ridgway, added that one of the business’s “biggest challenges” has been bringing retail media to the forefront of a complex marketing organisation, and aligning both brand and shopper marketing teams behind it.

“We’ve made a lot of effort to really tie all of these things together and make sure we’re having an impact,” he said.

As part of this effort, PepsiCo has appointed a retail media “champion” within its brands’ marketing teams, whose role is to ensure the channel remains a “constant area of focus” for the organisation.

“It doesn’t really matter where they fit within the organisation, but somebody who’s going to see the landscape, see everything that’s going on, bring the right people to the table, [and] connect the right dots as part of that,” Ridgway explained.

Another focus area has been “embedding” retail media within PepsiCo’s marketing processes. In campaign planning, that means considering its role early in the planning cycle rather than at the very end.

Meanwhile, in its partnerships with retailers – including Tesco – the team is “leaning in” on new ways of working and determining how to partner best, not only from an operational perspective but also a strategic point of view.From ‘co-operation’ to ‘collaboration’: Will the rise of retail media reshape relationships with brands?

“We’re getting into an area where the engagement that we have is different than anything that we’ve had before,” Ridgway said. “New capabilities, new resources as well, whether it’s around the account planning, the media strategy and things like that.”

Additionally, PepsiCo is working to ensure its retail media activity aligns with commercial activity across its brands. Though Ridgway believes retail media needs to “stand on its own”, able to deliver results that are “as good, if not better” than other media channels, he added it would be a “huge missed opportunity” not to line up with commercial initiatives.

He explained: “Whether they are the things like new product launches, big selling moments that we want to capitalise on or even our promotion strategy, [we want] to make sure we’re in sync and collaborating on those.”

Finally, for FMCG brands one of the primary draws of retail media is the wealth of first-party loyalty and customer data made available to them. Bringing retail media to the forefront of marketing across PepsiCo’s brands therefore means being “really curious” about the impact the channel is having on the business, whether it’s on conversion and behaviour change, or improving the lifetime value of customers.

“With retail media we’re able to get more data than we’ve ever had before and we’re still trying to figure out what exactly we can do with that. But we really take a multi-dimensional approach. I don’t know that there’s ever one data point that always tells that complete story,” Ridgway said. 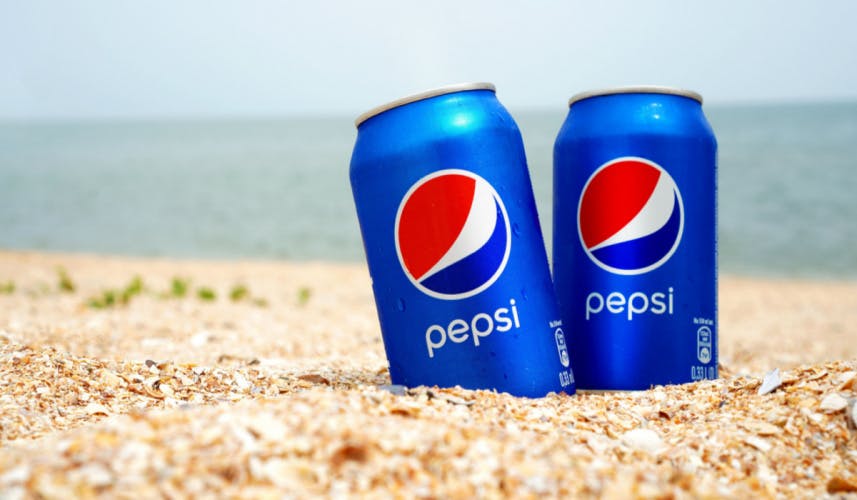 CEO Ramon Laguarta claims consumers in Europe and beyond are following PepsiCo’s brands as they “stretch” to higher price points, although the inflationary environment means challenges ahead.

Four months into her new role as PepsiCo’s top marketer, Jane Wakely is calling on the industry to “up its game” on effectiveness measurement.