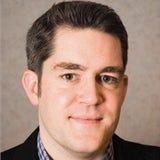 At first glance, incoming PepsiCo chief executive Indra Nooyi could not have picked a better time to ease herself into the hot seat. Currently president and chief financial officer, she will become the company’s first female boss and one of the most powerful corporate women in the world, as the food and drink giant moves into what should be a golden era. Last December, it overtook arch rival Coca-Cola in terms of market capitalisation for the first time in 112 years, hitting $98.4bn (&£51.9bn) against Coke’s $97.9bn (&£51.7bn).

Yet it may not be all plain sailing for Nooyi. The announcement last week that her predecessor Steve Reinemund is to retire from the position in October certainly took analysts by surprise, and may have come as a shock to other PepsiCo executives. There is speculation that some of Nooyi’s senior colleagues feel aggrieved at the timing and speed of her appointment, so she may have to smooth things over in the boardroom.

Some believe Nooyi has been promoted early as other companies were trying to tempt her away. For that reason alone, the move is clever succession management. Coke has struggled in this area, with chairman and chief executive Doug Ivester quitting after just two years following a contamination scare and profits warning in the late Nineties. His successor Doug Daft also left the job suddenly and finding his replacement proved a struggle.

Nooyi has been crowned to vindicate Reinemund’s cornerstone policy of ethnic and gender diversity, according to sources. Now she has been installed, investors will watch closely to see whether she concentrates on building the business globally by reaching out to new markets, or attempts to extend PepsiCo’s lead over Coca-Cola by means of acquisition.

This has been a canny strategy for PepsiCo in recent times. Getting the top job could be Nooyi’s ultimate reward for being instrumental in the takeover of Tropicana and Quaker Oats. While the deals were struck, Coke was busy navel gazing and fiddling with seemingly endless streams of flavours for its core product, and was outmanoeuvred. Yet new low-calorie product Coke Zero is a major hope for the Atlanta-based giant, and no one should bet against it making a comeback for the number one spot.

It is also hard to see where PepsiCo’s next takeover will come from, with French target Danone unlikely to sell and Ocean Spray, the juice company run as a growers’ co-operative, which has signed a new distribution deal with Pepsi, also thought to be resistant.

Another key plank of PepsiCo’s strategy is adapting its portfolio to consumers’ growing appetite for “better for you” products. Despite health issues already being one of Nooyi’s key areas of interest, she may well be calling on the company’s marketing nous in this area. As it attempts to tap into the “wellness” trend PepsiCo, along with Coke, is denying responsibility for a pesticide contamination scare in her native India.

Meanwhile, UK snacks division Walkers suffered an embarrassing rebuke last week when the Advertising Standards Authority ruled marketing claims about some of its products’ lowered salt content were misleading. Proof, if any were needed, that Nooyi and PepsiCo cannot afford to rest on their laurels.