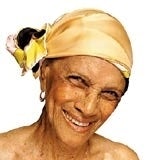 If you don’t ask, you could be losing the very customers who really want to hear from you, so should companies take permission marketing – never the ‘sexiest’ of ideas – more seriously? By David Reed

When first introduced, permission marketing heralded a golden era for business. Consumers would actively engage with brands, searching for the products and services they were interested in, while sharing their preferences so they did not miss out on new, or unknown, providers.

The reality has been rather more leaden. Permission marketing is generally experienced simply as multiple choice in data protection notices, offering different options by channel and by house versus third party data usage.

The practice has become all about compliance – ensuring the organisation does not breach any of the major laws that apply – with little or no marketing investment. Few reasons are offered for providing the choice to opt in or opt out, with almost no benefits.

As a result, consumers have been conditioned into a defensive mindset. Research by the Office of the Information Commissioner shows that protection of personal information is the third most important issue for consumers, behind education and crime.

So has the opportunity to build trust between brands and consumers been lost? Or could a more focused effort by marketers establish and validate a dialogue with their customers?

Too late for some

Martin Boddy, managing partner at data services provider Jaywing, says that for many companies it may already be too late. “What I tend to see is that vast swathes of companies’ databases can’t be marketed to,” he says.

In the case of some well-known high-street brands, over half of the customer base has “do not contact” flags as a result of opt outs or failure to acquire opt ins. These companies not only do not have permission to market to their customers, they do not have a relationship with them.

He believes that the compliance culture has caused this problem. “A tick box is added to marketing communications. For products where there is not a lot of margin – such as credit cards – ticking that box has a big impact on whether the company can make any revenue from the customer,” says Boddy.

In the digital marketing world, permission is usually viewed as a “soft” value, reflecting warmth on the part of the consumer and a commitment to value and to managing the relationship on the part of the business. But when put into practice, permission has a “hard” value – it defines the available universe, influences response rates and affects the sales potential.

In most situations, that value will be less than marketers have, historically, been used to. Because permission limits their freedom, many prefer to ignore it or avoid it. And in many organisations, the internal culture simply reinforces this view.

This is reflected in the way organisations reward success – no one gives recognition to individuals who have improved a company’s level of permission.

“Although everybody knows that retention is better for the business, they don’t do it. For cultural reasons, it is difficult to measure and difficult to do. That is why I don’t know any people who are operating on the basis of permission marketing,” says Coad.

He believes a real gap exists for companies to leverage permission. “It is not more difficult to get permission – it is easier when everyone else has poor service levels. There has never been a greater opportunity to increase the value of customers by offering good service,” says Coad.

On a practical level, this can be done by following logical steps in response to events about which a customer notifies the company. Where a reader holds a newspaper subscription, for example, receiving change of address information should trigger relevant offers.

To deliver that kind of experience would require a much better integration of process and technology than exists in most companies.

Use it, don’t lose it

“If a customer gives you information, use it and don’t ask for it again. Don’t show a lack of concentration,” says Louise Ainsworth, managing partner for consultancy and planning at OgilvyOne.

She believes that a sales-driven culture is part of the problem. “Companies have sales targets and products to sell, and marketers are running campaigns against those targets,” says Ainsworth.

The idea of the customer having a voice within the organisation was one of the most potentially transformative concepts within customer relationship management. Amazon famously left a seat empty at the boardroom table to represent the customer. But when times are hard, it is all too easy to ignore the customer and focus solely on what is good for the company.

On top of this, many marketers have been panicked by the way â¢ permission can appear to reduce their options. But Ainsworth argues that this is a misconception/ “You may only get 20% of customers opting in, but they are the ones who really want to hear from you.”

In work carried out by OgilvyOne in eastern Europe, the frequency of contact possible during the early stages of acquiring an opt in was surprisingly high. Among consumers asked to provide an opt in to text messages, sending five or more texts proved to be as productive as limiting contact to two.

“The next level is trying to involve the consumer in the choices they are offered, giving them a view and allowing them to comment. That can be risky, but it can work very well,” she says.

Dove’s Campaign for Real Beauty activity is a good example of this. Consumers were prompted by a poster to text votes on whether an older woman was wrinkly or wonderful. Although only offering a limited “voice”, it demonstrated a real interest in how the consumer views the world.

Developing a dialogue does demand a more joined-up way of thinking than simply deploying such techniques for short-term effect. The culture of acquisition means that most attempts at dialogue get stuck at the point of gaining permission rather than following it through with true marketing.

“The reason so many brands default to using channel preference when seeking permission is that they do not have a clearly defined platform strategy on which to base their ongoing dialogue,” says Chris Whitson, planning partner at Stephens Francis Whitson. “It is just lazy marketing.”

He notes that short-termism runs counter to a more sophisticated approach to permission marketing. “Too many brands put a requirement for immediate sales above developing a true understanding of what their customers want from them. The advent of personal knowledge banks will punish this type of marketing,” says Whitson.

The concept of the personal knowledge bank was very popular in the early days of permission and digital marketing. It has just begun to resurface, with personal records management software vendor Paoga pushing the idea.

At its heart, it represents lifestyle data collection pumped up for the digital era. Consumers inform a third party about their interests and preferences, giving or removing permission to be contacted as they come in and out of the market.

“Even though companies are doing their best to focus on you, the customer, you are not solely focused on them. Letting individuals control and manage the access to their own data is the only way large organisations will ever be able to truly target and effectively sell to them,” says Paoga chief executive Graham Sadd.

Early attempts to create this kind of intermediary model for permission data have all failed, however, through client-side resistance to cost, and consumer apathy. Individuals with the time and willingness to constantly set and reset their data will only ever be a subset of the broader population.

The future for permission marketing looks likely to be troubled by this same problem. Even if powerful reasons are provided for opting in to a communications programme, the majority of people will not do so. Permission marketing may be effective, but it will never be for everyone.