Pernod Ricard will make its largest ever Christmas investment to support its brands this year, approaching the festive season with confidence even as the cost of living crisis takes its toll on consumer spending.

Commercial director Ian Peart summarised Pernod Ricard’s approach to this year’s festive season with “the three Bs”: the “biggest ever” Christmas investment, “belief” in the market, and the “best ever” activations.

Peart said the business “firmly believes in the resilience of the UK market”, particularly when it comes to premium alcohol in the spirits and wine category. Pernod Ricard cites statistics by the CGA suggesting spirits are currently experiencing 7% volume growth versus the same period pre-Covid.

The firm’s increased marketing spend this Christmas will include above-the-line advertising investment in key brands including Absolut, Malibu, Kahlúa, Jameson and Plymouth, with campaigns to go live in the lead up to the day.

In a survey of 1,000 consumers carried out by Pernod Ricard, it found the majority (53%) of consumers will look to protect, or even increase spending this Christmas, according to strategy and transformation director Richard Preston. He highlighted gifting as a particular occasion where consumers may look to treat family or friends with premium spirits or wine, even as their discretionary spend is squeezed.Pernod Ricard’s top UK marketer on increasing marketing’s ‘share of voice’

The research found 60% of shoppers plan to give alcohol as a gift this Christmas and 40% are looking to treat friends and family. Meanwhile, Preston pointed to statistics showing premium alcohol’s share of the overall market has increased threefold since 2000.

Preston argued that the challenges of the current macro-economic context leading up to Christmas will actually work in Pernod Ricard’s favour. Last year saw the Omicron strain of Covid-19 cancel many office Christmas parties and curtail socialisation over the festive period. The business is expecting that consumers will want to take advantage of the first Christmas since 2019 without restrictions.

Wine portfolio director Lucy Bearman added that consumers will be “perhaps buying a bit less but spending a bit more”.

Preston also welcomed the government’s announcement last week that it would be freezing alcohol duty, stating that the decision was good news for the alcohol industry in the UK.

Pernod Ricard is also expecting the winter World Cup to work in its favour this Christmas. The tournament will kick off in late November, with the final taking place just one week before Christmas on 18 December.

This “new, novel factor” will play to the business’s interests, said off-trade channel director Chris Shead. With games kicking off at 10am, 1pm, 4pm and 7pm UK time, there are plenty of opportunities for people to socialise with a drink in both bars and pubs, as well as at home, he says.

In terms of at-home drinking, Pernod Ricard is advising retailers of several trends it expects to see over the festive period. It expects consumers to exercise more budget control with less spontaneous purchases, but to also invest time in making drinks special, by using up ingredients already in their cupboard, for example. The business also predicts that more at-home group socialising will take place, both around the World Cup and for festive occasions.Pernod Ricard ups marketing spend despite ‘volatile’ environment

Marketing director Leanne Banks admits that “when you think of the World Cup, you think of beer”, but says the business is primed to position its spirits as the drink of choice during the tournament.

She added that Pernod Ricard expects at-home cocktails to be popular this Christmas, and is setting up a YouTube channel with the aim of showcasing to consumers how they can use its brands in this way.

To gear up for these different occasions, whether it be gifting or consumers enjoying drinks at home during the World Cup, Pernod Ricard has launched a new limited-edition bottle of Jamesons. The new bottle features labels in different colours such as green, yellow and blue.

“We [also] need the on-trade to do well,” Banks added, stating that the business is working closely with its pub and bar partners in areas such as activations.

As well as driving on-trade footfall through its own brand channels, Pernod Ricard has partnered with online platform Fever to amplify brand events and experiences taking place in partner venues. Another initiative includes a pledge to plant a tree for every Absolut “cocktail tree” sold in pubs or bars.

This isn’t the first time Pernod Ricard has upped marketing spend during a challenging economic period. In February, the business said it would increase marketing spend over the second half of its fiscal year to support new innovation launches and “sustain long-term growth”, in spite of the volatile environment. Marketing spend increased 16% over the prior six months.

Speaking to Marketing Week in July, just over a year on from taking up her role as the organisation’s top marketer, Leanne Banks spoke about her ambition to use creativity to make Pernod Ricard’s marketing spend work harder.

She also claimed that since she had joined the business, marketing’s “share of voice” had increased, explaining: “In the past we’ve been a bit more of a commercially driven business. But that’s changed now. Creativity is at the heart of everything.”Diageo attributes soaring profits to marketing spend boost and premiumisation strategy

Rival drinks giant Diageo has also approached the cost of living crisis by continuing to invest in marketing. The business has upped marketing spend by almost £1bn over the last six years, including a £500m boost between 2021 and 2022.

Last month, global marketing director of Diageo-owned whisky brand Johnnie Walker, Chris Goddard, told Marketing Week that investment in the brand was crucial in the current economy. “We’ll continue to invest aggressively. We can’t pull back on that,” he said. 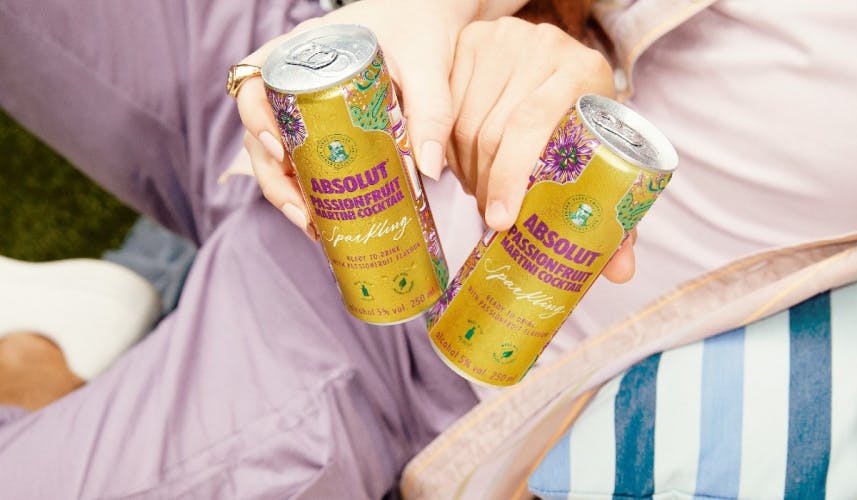 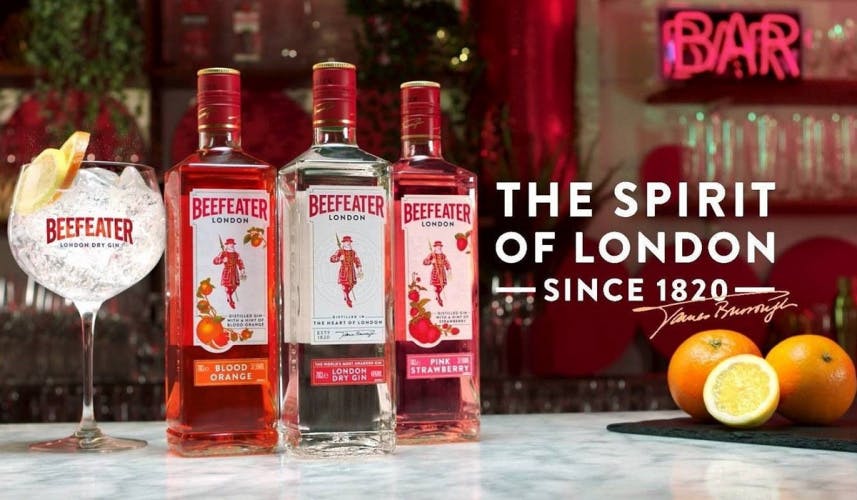 The drinks giant experienced “strong” growth in sales and profit over the first six months of its fiscal year, amid rising marketing spend and the continued pursuit of its premium pricing strategy.

Diageo has hailed the role its rising marketing investment has played in driving business growth, with no plans to slow down any time soon.