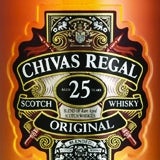 The Chivas Regal and Jameson’s owner, which earns about 75% of its revenue in the UK from premium spirits, says it wants to grow a category that, according to Nielsen, is the fastest growing in the UK.

Rival Diageo, which makes Smirnoff and Gordon’s, has also talked about the need to “premiumise” the spirits category to drive value growth. Nielsen estimates that £1 in every £4 spent on spirits is spent on premium brands and both Diageo and Pernod Ricard believe that there are opportunities to grow the segment.

Premium spirits account for about 16% of total spirits volume in the UK, significantly lower than 40%+ share in other developed markets such as the US.

IPernod Ricard will partner with supermarkets and pub companies to share insight into buying habits as well as offering advice on merchandising and running in-store promotions.

Simon van Moppes, commercial director for Spirits at Pernod Ricard UK, says: “We’re confident there’s further headroom for growth due to the broad consumer appeal of premium spirits, the category’s relevance to a wide range of occasions and the segment’s overall profit potential.”

The initiative, dubbed Premium Edge, will be backed by a marketing campaign later this year.