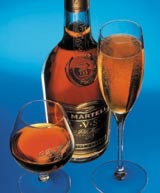 Pernod Ricard is looking for a creative agency to work on its Martell cognac brand in the UK. The move is part of an initiative to steer the brand away from older drinkers and towards younger consumers, with a repositioning planned later this year. The pitch is being led by the AAR.

Martell has not previously retained an ad agency in the UK. TBWA/Worldwide handles the brand globally.

Last year, Martell announced it would end its 11-year sponsorship of the Grand National this year. The race is searching for a replacement sponsor from next year (MW November 6, 2003).