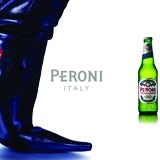 The Italian beer brand, marketed heavily in the period through advertisements directed by film director Gabriele Muccino, saw volume growth of 22% in the six months to 30 September.

The company claims that its performance in a declining UK beer market demonstrates the increasing popularity of the world beer category.

Nick Miller, Miller Brands managing director says world beer brands “have proven extremely popular with the discerning 25-34 year old and are helping to challenge some of the negative stereotypes that have been associated with beer in recent years.”

The business, which also markets Lech, Tyskie, Miller Genuine Draft and the recently introduced Czech beer Kozel in the UK, claims to have a 34% market share of the growing world beer category.

It is currently working with retailers and pub companies to boost the category further.

According to Nielsen, world beer sales in the off-trade increased by 20% to £237m in the year to 10 July against flat sales for “everyday” lagers such as Foster’s and Carling. In the on-trade, sales increased 3% to £795m against a 4% decline for everyday lagers. Other beers in the sector include San Miguel and Corona Extra.