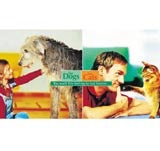 Animal rights group People for the Ethical Treatment of Animals (PETA) is calling for a consumer boycott of Iams, the Procter &amp; Gamble-owned pet food brand, over accusations that it carries out cruel and unnecessary animal testing.

The group plans to target shoppers at Tesco and Sainsbury’s stores throughout February. It claims the retailers are aware of the investigation but have chosen to ignore the findings. Both retailers are supporting Iams by offering free promotional samples.

PETA says it discovered the animal testing during an undercover investigation in an Iams contract factory in the US. The group claims it found dogs and cats confined to small spaces for long periods of time, and dogs that had been silenced by having their vocal cords removed. It also alleges that a number of dogs have been killed and illnesses have gone untreated.

Campaigners will picket stores with placards and distribute leaflets to persuade consumers to stop buying Iams. It also plans to inform shoppers of companies that do not use animal laboratory tests.

The group is calling for a boycott of fast-food chain KFC over the welfare of the chickens it uses.