The “Sex Talk” ad features a couple seemingly encouraging their teenage daughter to become sexually active, responding to the girl’s concerns over pregnancy with the line “pop out all the kids you want. We can leave them in the shelter, dump them in the streets … whatever!”

Clearcast, which advises on and clears ads ahead of broadcast, says “the treatment is highly likely to cause widespread offence and lead to complaints.”

PETA claims the ad, which concludes with the line: “Parents shouldn’t act this way. Neither should people with dogs and cats. Always spay or neuter”, aims to make a “satirical comparison to teen sex in order to promote the spaying and neutering of dogs and cats”.

It adds that the spot has already been shown on US TV.

The animal rights group has launched a number of controversial campaigns in the past including the 2003 “Holocaust on your Plate”, which consisted of images of the Holocaust with images of factory farming.

It also previously ran the “I’d Rather Go Naked than Wear Fur” outdoor campaign featuring supermodels such as Christy Turlington and Naomi Campbell.

Facebook plans to increase its staff by 50% this year, according to CEO Mark Zuckerberg. 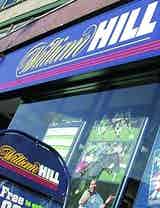 William Hill has appointed Communisis to its DM account as part of the gaming company’s move to reduce costs and increase the effectiveness of its marketing programmes.