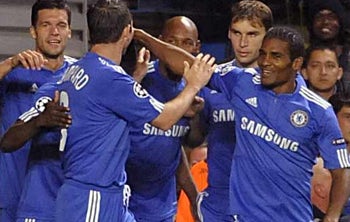 The former Umbro marketing director will continue at the London club as a non-executive director.

Kenyon joined from Manchester United in 2003 after three years at Old Trafford.

Chelsea owner Roman Abramovich brought him in with the brief to increase Chelsea’s commercial income.

Kenyon says he intends to take time off before considering what to do next, adding “but I am certain I have at least one major challenge left in me”.

There have been persistent rumours linking with him Manchester City following the club’s takeover by Abu Dhabi United Group.

The club has also recently signed partnerships with 188BET and Thomas Cook Sport.

Kenyon will continue to represent Chelsea in a number of capacities, including committee roles with Uefa.