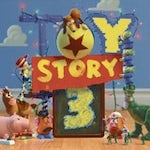 The campaign, created by Euro RSCG, centre around a ’Toy Story 3’ Peugeot TV ad featuring Woody, the cowboy character from the film.

The ad shows Woody, who is voiced by Tom Hanks, forgetting his hat in the family’s Peugeot 5008. The resulting action-packed scenes are designed to bring ’both car and character to life’.

The TV campaign will be supported by print, in-dealer and online activity.

The animation was a collaboration between the Peugeot and Disney.Pixar creative teams.

Together they developed the storyline, characterisation and humour that is a trademark of the Toy Story series of movies.

The TV campaign airs this week in the UK, France and Germany.

Toy Story 3 is being rendered in 3D and will hit UK cinemas on 19 July.

The Toy Story franchise is a massive cash cow for Disney and its associates, having raised £671m in box office sales and over £5.37bn in retail merchandising sales.