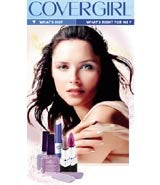 Procter &amp; Gamble (P&G) is planning an assault on the teenage market and has launched a new division called Tremor to target the sector. Tremor will employ teenagers to spread the word about P&G’s new products.

Teenagers will receive coupons and information from Tremor about products before they are released. They are then expected to tell their friends and Tremor what they think about the products.

The new marketing strategy has been announced in the US, but no plans have been revealed about Tremor’s launch in European markets, including the UK. P&G products include Cover Girl and Max Factor cosmetics.

A spokeswoman for the company says: “The company does not comment on any future initiatives or plans.”

Last year, cosmetics company Avon also announced plans to launch a teenage beauty business, in an effort to modernise its image and attract a younger market (MW August 16, 2001). As part of the plan, Avon announced its intentions to recruit teenagers as its new army of “Avon ladies” to sell and promote its products to other teenagers.

Earlier this year, it signed a &£125,000 deal with girl band Atomic Kitten as part of a &£1m youth-oriented revamp of its Color Trend range of products (MW January 31). Avon is expected to launch a range called Mark next year to target 16to 24-year-olds.