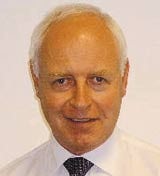 The demand comes a week before the Audit Bureau of Circulations’ (ABC) figures come out. The ABCs for January to June 2004 are due on August 12.

Associate media director at P&G, Bernard Balderston, says: “This is not a criticism, but the ABC data produced is less than helpful to advertisers because it is produced on an average basis. When I buy space on TV I know exactly what I’m paying for and I need the same level of information with magazines. I see no reason why I’m not getting a fuller picture, though undoubtedly it would change the way of trading and maybe even put publishers at a disadvantage.”

Balderston, who has been a member of the ABC Council for three years, says he is frustrated at its lack of progress. Royal Mail’s head of brand and advertising, Tom Hings, is also in favour of a month-by-month breakdown of magazine circulations, bringing it into line with newspapers.

Sources say that the reason publishers do not want monthly figures is because it will highlight the issue-by-issue variations of each magazine. This could then open up the market to seasonal pricing.

However, Condé Nast’s managing director Nicholas Coleridge puts the reason down to cost. “If we get all our titles audited every single month then it will increase costs incurred by publishers by ten to 15 per cent and those will need to be passed on to clients,” he says.