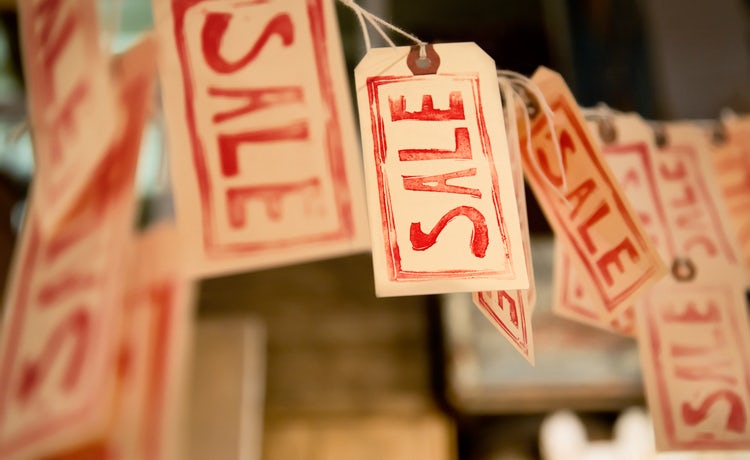 Unilever and P&G are pulling back from price promotions

The amount of marketing spend FMCG brands such as Unilever, Mondelez and Procter & Gamble (P&G) put into promotions has come under the microscope as they start to question if the balance has tipped too far in discounting’s favour.

The challenge of promotions is that while they drive short-term sales, they eat into profit margins. They also hit consumers’ price perceptions.

“Brands follow each other when it comes to in-store promotional spending and it’s essentially a cycle of ebb and flow. Judging from where we are at the moment, brands are seemingly suggesting that they might have gone too far,” says Rob Sellers, managing director at GreyShopper London. 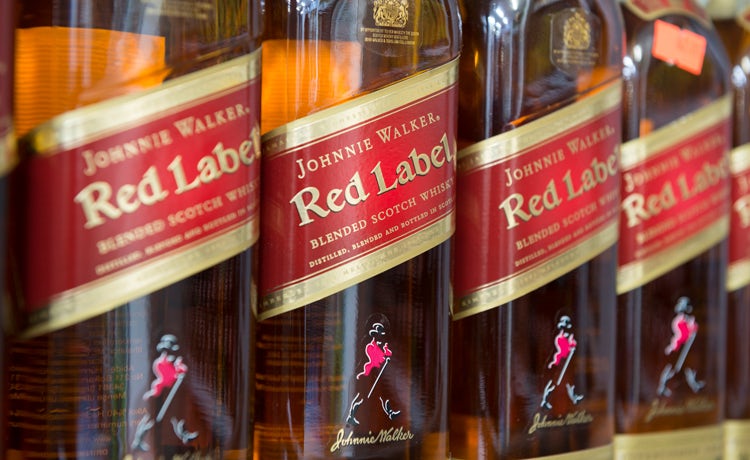 Unilever was one of the first FMCG giants to embrace zero-based budgeting (ZBB) – now, alcohol behemoth Diageo is closely following its lead.

Diageo, which owns brands such as Johnnie Walker and Guinness, is implementing ZBB for the first time this year as part of wider plans to be more “cost conscious”, which includes forming “deeper partnerships” with fewer marketing agencies.

The cost-cutting approach means the company’s marketing teams will have to justify spending on all new brand activity rather than budgets being based on the previous year’s spend.

“Buzzwords like ZBB are thrown around a lot, but they are very important. We believe ZBB is simply part of being a financially responsible business. We want to get the same services but more efficiently. It’s the new normal of doing business,” Charles Ireland, Diageo’s new general manager for GB, Ireland and France, told Marketing Week.

Three moves away from ad blocking 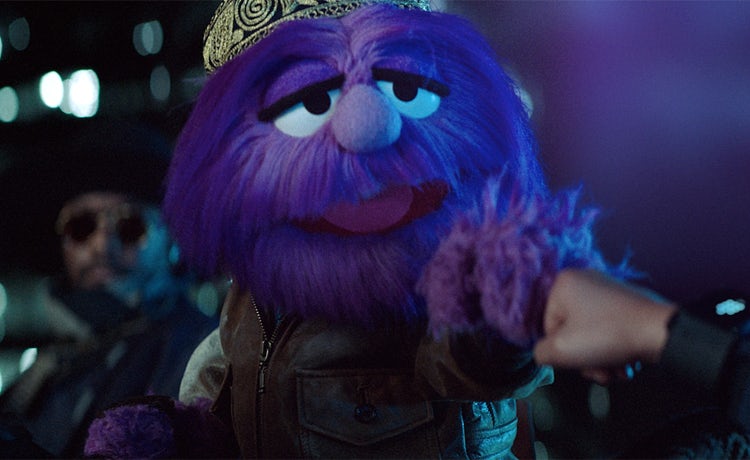 In February, Three said it was looking to roll out ad blocking technology across its network in the UK after testing it in Italy, making it the first mobile provider to do so. However, it has since changed its mind.

Tom Malleschitz, CMO at Three, said even though the ad blocking tests Three trialled earlier in the year with Shine were successful, with 86% of customers satisfied, ad blocking is not the solution to the mobile ad problem. Instead, Three will work with Shine to come up with a new mobile ad product that produces relevant advertising.

“We don’t believe ad blocking is the solution. We are one of the biggest advertisers in the country and I know if I have annoyed you with my ad, I lose money. It is more about creating something that is inspiring and relevant,” he said.

Malleschitz admitted that at the time the company announced its work with ad blocking firm Shine, it “pissed off” Ofcom, Google and a number of other brands.

“There were some threats in terms of ‘we want to ban all your customers on sites’ but this was based on limited knowledge of what we want to do,” he explained.

Aston Martin admits it ‘relied too much on James Bond’ 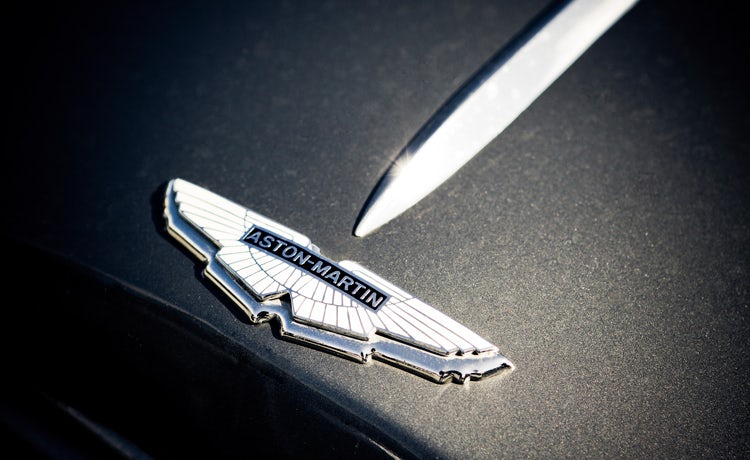 Many brands pay a hefty sum to be associated with the James Bond brand, but not everyone is happy with its halo effect. Aston Martin believes the car marque has to play more of an emotional role in consumers’ lives, as its director of global marketing Dan Balmer fears it has relied too heavily on its ties to the James Bond franchise in the past.

“Bond still presents a big opportunity and platform Aston Martin wants to use going forward, but we have relied too much on 007 in the past. Spectre was great for showing off the DB11 but what I realised during that campaign is you live and die by the cycle of the film. Once people stop talking about Spectre, things become very quiet and that is bad. We have to avoid that,” he said.

In a bid to turn its fortunes around, Aston Martin is also changing its perception as a male-focused brand. Balmer says the key to appealing to female drivers will be to avoid tokenism: “It isn’t just women drivers we want to target but female decision makers too. But we have to ensure our marketing is neutral in its tone.

“We can’t just make a token gesture to appeal to women as that would be hollow and see-through, and that’s why we have a female advisory board internally to ensure we’re doing things right.”

Halloween has been and gone, which can only mean one thing – a deluge of Christmas ads is set to hit our screens. Burberry was one of the first brands to release its ad for the festive season, and has taken the unusual step of launching a film trailer for its marquee Christmas ad.

The three-minute film, which is deliberately made to feel like an actual movie trailer and subtly features items from its Winter collection, is inspired by the life of founder Thomas Burberry.

The ad is designed to celebrate both Christmas and the brand’s 160th anniversary. The aim is show how the Burberry brand stands for exploration and innovation across society, not just within the fashion world. And while its products do feature, they take a back seat to the story of Thomas Burberry.

Burberry will be hoping the ad can provide a welcome sales boost, with its pre-tax profits down 10% to £415.6m for the year to 31 March. 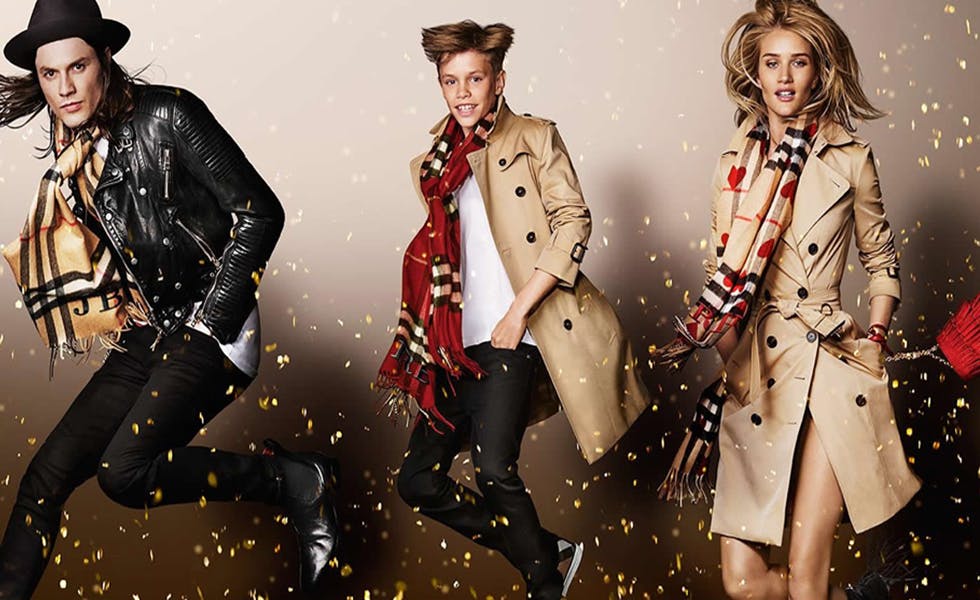 Burberry will focus on boosting customer loyalty by expanding its “digital prowess” and focusing marketing on getting people to fall in love with its products following a decline in both sales and revenues.