Speaking at the 3% conference in London today (12 June), which was set up to promote the role of women in advertising and creativity, P&G’s brand director for Northern Europe Roisin Donnelly highlighted that P&G is one of the few companies to have a 50% female board both in the UK and internationally, as well as 50% of non-executive directors being female.

“Diversity really is a core belief of P&G and that’s how we get great companies like ‘Like a Girl’, Pantene ‘Shine Strong’ and lots of other things with women at the heart.

“I think you get much better results if you have diversity – different genders, different nationalities – because you get different ideas and it’s a much more fun place to work.”

Donnelly believes the diversity at P&G is down to two factors specific to P&G. The first is the fact that everyone is measured on results – rather than factors such as “how they work or when they work”.

The second is the fact that P&G only promotes from within, making it investing in all its employees a priority.

“P&G is a culture that is very different from most organisations. We only promote from within and so it is incredibly important to invest in people, to develop the best and to retain the best because if we don’t do that it takes a long time to replace them,” she adds.

P&G has previously estimated that its business results are 5% stronger if it has a diverse team compared to a homogeneous one.

Research from the Massachusetts Institute of Technology indicates that having an equal gender split in an office is associated with a 41% increase in revenue compared to one only staffed by men or women. 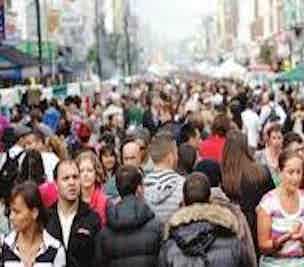 This week I had to deal with a very delicate subject that involved a matter that it is dear to my heart – diversity in the workplace.