The company is expected to follow its successful first foray into highlighting the P&G corporate brand, which it carried out in activity related to the Vancouver Winter Olympics earlier this year.

The company ran a Weiden + Kennedy created campaign, entitled P&G Thank You Mom, which centred around the US athletes that P&G sponsors as part of its deal with the US Olympic Committee.

P&G President Western Europe Gianni Ciserani says the company is “considering” the move but that a decision would not formally be made until the results of the Vancouver pilot had been analysed.

However, Ciserani concedes that early indications are that the Vancouver trial was a huge success. In the meantime, the company intends to concentrate on multi-brand activity, with themed marketing campaigns where brands are linked together.

Ciserani explains: “There are two different choices, one is instead of only marketing one single brand, to group some of our brands under a common idea, That choice we have already made.”

He points to the example of the Unicef initiative where Pampers partners the charity by donating vaccine to fight newborn tetanus, along with several other P&G brands, including Fairy. Ciserani continues: “We have just launched Future Friendly in the UK, a theme with external endorsers, under which we bring many brands that have a sustainability improvement and market them together.”

“A different choice is, when you do that, if we include the P&G logo or not. Using the company brand is something we are really interested to learn about.

“It is something we have done in Vancouver, we are getting the data, we will learn and decide what to do, but it is important we separate the two choices.

“In Vancouver we have done it with intention, it is an interesting idea but it is too early to decide, but maybe a few months from now.” 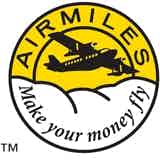 Airmiles, the travel reward scheme, has appointed integrated agency Albion as its lead creative agency to develop a new campaign.

Vouchers for restaurants are now the most popular kind of online discount, saving consumers £3m a day, according to research by Moneysupermarket.com.