The TV campaign will run under the strapline “The hardest job is the best job”, and highlights the brand’s ‘Proud Sponsor of Mums’ theme.

It features mums from all over the world supporting competitors at every age as they develop from child athletes into Olympians. It culminates in real clips of Olympic athletes winning medals and their mums watching in the stands.

As part of the global activity, P&G is also launching a digital UK based campaign fronted by Dawn French as part of a series of online films called ‘Raising an Olympian’ that tell the stories of a number of British athletes’ mums, including Sir Chris Hoy and Victoria Pendleton.

The campaign has been developed to resonate in diverse markets around the world and draw an emotional response that mums everywhere will do anything for their children, whether they are an Olympian or not.

Nathan Homer, P&G UK and Ireland Olympic Projects Director, says: “It’s the first time we’ve had the same campaign and same message that truly hits all markets and regions at the same time. It’s also recognition of the role digital and social media plays in this launch. To create a big bang online and get trending, it’s important to go with one big consistent push.”

He adds that this kind of global approach will be increasingly adopted by P&G for future campaigns.

Since launching its first P&G corporate branded campaign in the UK last year, P&G claims to have seen increases in trust among UK consumers and a 20% uplift in familiarity and 10% lift in favourability, he says.

He says: “It seems to suggest that if we can find big ideas like Proud Sponsor of Mums and the Olympics, they do have the power to deliver sales in the short term and equity in the long term.”

P&G is also rolling out individual brand campaigns across its portfolio to support the Olympic partnership. 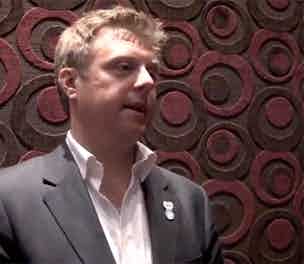 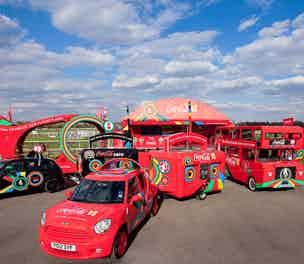 Coca-Cola is to undertake what it claims is “one of the biggest experiential activations the country will ever see” as part of its sponsorship of the Olympic torch relay.