P&G says it is yet to make a final decision on how it will split off the business, although it would prefer to create a standalone company, with P&G shareholders given the option to take a stake in the new firm. However, it is also considering alternatives, including a spin-off, divestiture or “other offer”, leading to the possibility the business could be bought.

The deal is expected to occur in the second half of next year.

Duracell is one of P&G’s so-called “Billion Dollar Brands”, the name it gives to the 22 brands that generate more than $1bn in revenue. Analysts estimate is has generated between $2bn and $2.5bn over the last five years and accounts for around a quarter of global battery sales.

However, it was seen as a prime candidate for P&G to offload when it announced plans to trim down its business. P&G acquired the battery brand in 2005 when it bought Gillette but has struggled to find a place for it with its increasing focus on personal care and beauty products.

P&G has also sold off its US and Asian pet food business, which includes Iams, Natura and Eukanuba, to Mars for $2.9bn. Spectrum Brands bought the European business.

P&G chief executive AG Lafley says: “We greatly appreciate the contributions of our Duracell employees. Since we acquired the business in 2005 as part of Gillette, Duracell has strengthened its position as the global market leader in the battery category. I’m confident the business and its employees will continue to thrive as its own company.”

The announcement comes as P&G reports flat sales of $20.8bn for the three months to the end of September, with profits down by more than a third (34 per cent) to $2bn.

Glenfiddich has overhauled its branding to provide a global platform to express its premium credentials, a move it hopes will breed the “confidence” needed to drop the name from its logo in the next ten years.

Integrated marketing communication' may hark back to the heady marketing days of the Eighties but not everything old is outdated. 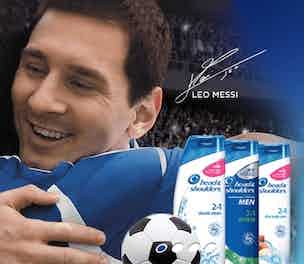 Procter & Gamble is hoping to ‘simplify’ its advertising by cutting down on the number of brand ambassadors the latest part of a cost-cutting drive to improve marketing efficiency.