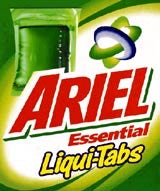 Procter & Gamble (P&G) is to relaunch Ariel Liqui-tabs, following complaints that the liquid detergent was not dissolving completely in the drum of the washing machine. The product was first launched last year (MW February 8, 2001).

It has since emerged that P&G removed the product from shelves earlier this year, and replaced it with a new formula two weeks later.

A P&G spokeswoman says: “Consumers would have scarcely noticed that the product had been withdrawn from the shelves as the batches of non-bio liquid were replaced almost immediately.”

The relaunch, which will include new packaging, is expected to be supported by a considerable advertising and marketing budget, which has yet to be revealed.

The new Liqui-tabs, which will be rolled out on September 10, will be available in a see-through tub-like container.

Unilever beat P&G to market with its Persil tablets in 1998.

Nothing to do now that Wimbledon is over for another year? Then the Diary has a solution for you – or rather, the Design Group has a solution for you. If you’re twiddling your thumbs, desperately looking for something to replace your World Cup scorecard pop up, or displace the reruns of yesterday’s tennis matches, […]

Much as I understand the temptation not to let the facts get in the way of a good story, I feel I must correct some inaccuracies in your article about my departure from COI Communications (MW June 27). First, I am on record as having stated that my departure from the COI has nothing to […]