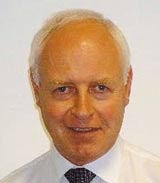 As the world’s largest advertiser, Procter &amp; Gamble’s (P&G) relationship with its agencies is a litmus test for the industry. And when the household goods giant, which spends an estimated £5.5bn on advertising and marketing, starts to feel uneasy over client conflict, the agency world sits up and takes note.

Concern is so great about the state of affairs at Zenith that even senior figures at P&G’s US headquarters are understood to have voiced disapproval at the fact that Publicis Groupe has taken on the planning and buying for one of its main global rivals.

P&G is no stranger to conflict. Many expected the household goods giant to take action when its long-standing ad agency Grey Global was snapped up last year by Sir Martin Sorrell’s WPP Group, which counts arch-rival Unilever among its client base. But P&G’s fears have since been allayed with promises that its business will be protected. There is a subtle difference between the positions that WPP and Publicis find themselves in. WPP is using separate networks for P&G and Unilever, while at Publicis, the same network – Zenith – is handling both L’OrÃ©al and P&G’s business.

With rapid globalisation and advertising consolidation, advertisers are being confronted more frequently with issues of client conflict. They are being forced into talks about the erection of “Chinese walls” between competing pieces of business. For some, this means having their business located in a different office or on a separate floor with security-coded doors, separate IT systems and agency staff contracted to work on their own and non-competing bits of business.

Such proposals are no doubt being put to P&G associate director of UK media Bernard Balderston by Zenith.

However, the promise of Chinese walls is not always enough to reassure clients.

Kellogg has just called a review of its £59m media planning and buying account following the news that its agency, MindShare, is to take on the media buying brief for NestlÃ©’s Cereal Partners. Both Kellogg and MindShare deny client conflict has prompted the pitch.

Agency Assessments International chairman David Wethey says large media agencies are likely to encounter more issues of client conflict than their advertising agency counterparts. This is because there are fewer large media networks, with most serving as media partner to a number of advertising agencies within the same marketing services group.

Universal McCann joint managing director Damian Blackden warns that “with only four networks of note, providing a range of marketing services, clients may find that their choices are severely limited if they prioritise a lack of conflicts.”

Publicis chief executive Grant Duncan explains that the advertising industry’s reputation for indiscretion has done it no favours. By contrast, he says that in Japan the concept of client conflict hardly exists: clients rely on a “code of honour”. In Japan, for instance, Dentsu handles rivals Toyota and Honda.

As agency consolidation continues and advertisers extend their businesses into new areas, retailers moving into banking, for instance, and utility companies into insurance, clients may be forced to relax further their attitudes towards conflict.