Fairy is rebranding to Fair to promote LGTBQ+ issues for Pride Month and raise awareness of the importance of speaking openly about LGBTQ+ families.

Brent Miller, leader of LGBTQ+ communications at P&G, says it wanted to leverage “the size and iconic nature” of Fairy to spark conversations about LGBTQ+ rights.

“Fairy has been around for 70 years and rebranding it to Fair and using the LGBTQ+ rainbow has a stopping power to it which startles people and makes people take notice,” he tells Marketing Week.

“It is really core to who Fairy is. It is focused on the family and the home, particularly the kitchen, and that’s the moment where the family comes together. What we’re seeing is very intentional expansion of how they are representing families and driving the conversation.”

He adds: “We wanted to do something that was going to be purpose driven and have a deep meaning for the community.”

As part of the focus, Fairy has partnered with the Albert Kennedy Trust (akt) and is donating £50,000 to the LGBQT+ youth homeless charity, plus a donation from each bottle sold.

The move comes after a study carried out by Fairy, called The Fair Report, found that 69% of respondents would support their children being in a same-sex relationship and adopting a child, while 59% think they should talk to children positively about LGBTQ+ issues.

Miller says the report was vital to put the importance of the rebrand “into context”.

“A rainbow flag on the packaging is a nice and visible way to show support, and as a gay man I welcome that, but I want to make sure we are using the power we have as a brand with the size of the company to create conversation,” he explains.

“Doing the report and looking at the statistics enables us to do that and ensure that we are bringing people along with us and hopefully driving a positive change.”

The rebrand won’t be measured against traditional metrics but will instead focus on sparking conversations.

“This is about how we can visibly show support and engage people with the diversity messages that we think are important to show,” Miller says. “I want them to say ‘that’s incredible that Fairy is engaging with [LGBTQ+ issues] in that way’, or look at the bottle and say ‘I never thought of that brand that way before’. We want to connect with people from a values standpoint.”

How to authentically advertise for Pride

As more and more brands celebrate Pride, many have received backlash for focusing on aesthetics rather than authentically engaging with the LGBTQ+ community.

To avoid accusations of “rainbow washing”, Miller advises companies to engage directly with the community to ensure that Pride activity resonates.

He explains: “You can be really successful when you are hitting cultural truths but also representing and understanding the community.

“The key thing is that you are being true to you and doing something that resonates with the consumer. It can’t be a just a splash in the pan or a one moment in time execution.”

Miller believes ensuring activity is authentic is particularly important for younger consumers because they are “really transparent about their value systems and it is a big motivator when they engage with a brand [to ensure they align]. So, it is important us as a business to communicate what we value and it is important for the consumers.”

He cites a recent study which found that Gen Z is the first generation that expects the private sector to do more to create public policy change than the public sector.

“People are looking on companies versus their governments and we take that very seriously as the largest advertiser in the world to use that voice to create community change,” he says, adding it is vital the brands extend promoting LGBTQ+ rights in countries where the conversation is less easy.

“I certainly [believe brands have a responsibility to champion LGBTQ rights in other countries] More consumers expect brands to take on that role.”

However, he adds: “First and foremost when we talk about our activity we would never take action that would make our employees more vulnerable in those markets.”

P&G has also released a film charting the internal journey of LGBTQ+ employees within the company to mark Pride. ‘Out of the Shadows’ comes after the success of a P&G film called ‘Words Matter’, which chronicled how the FMCG giant became one of the first companies to enshrine LGBTQ+ people in its employment protection.

This is to show the history of P&G engaging with LGBTQ+ issues and highlight the importance charting how far the community has come.

Despite a growing acceptance of LGBTQ+ youth, Miller is especially aware of the importance representation still has.

“I got one letter from a boy in the US who saw a Head & Shoulders campaign [featuring a gay man] and decided to come out of the closet,” he says. “It is incredibly touching to know what we can do by representing an undeserved community has such a powerful impact on people”. 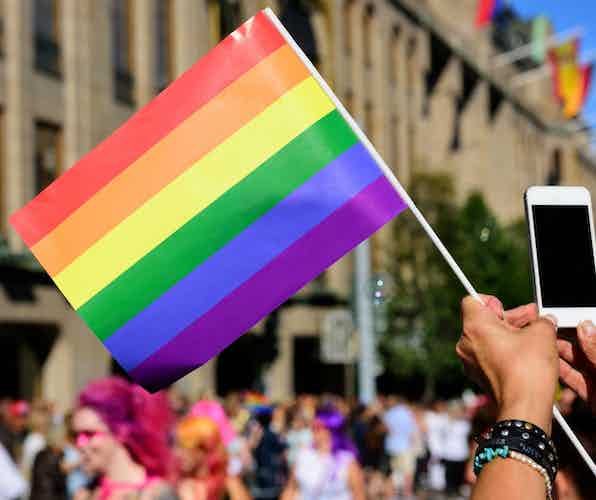 With London Pride taking place on Saturday, brands are stepping up their celebration of the LGBTQ+ community. But they need to extend what they do beyond this weekend if they truly want to be taken seriously on equality.

It’s great that brands are stepping up to champion LGBTQ+ rights and support these communities with Pride-related activity, but creating a rainbow coloured product is simply not enough. 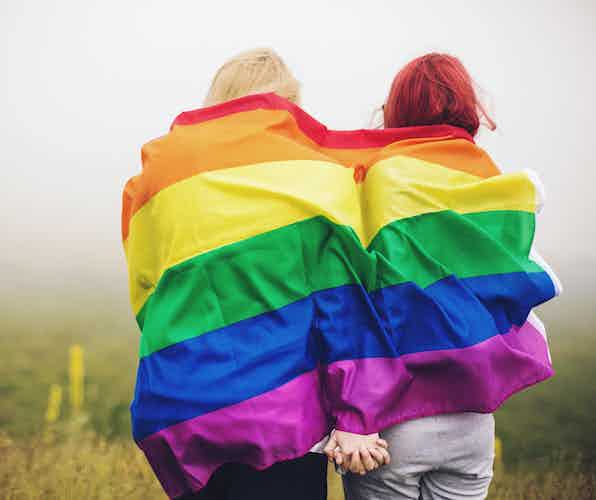 Channel 4 hopes brands will tackle the problem that 60% of people believe the LGBT+ community is shown in a negative way in advertising, often supporting “tokenistic roles” and rarely feature bisexual, gender fluid and transgender people.