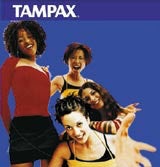 Procter &amp; Gamble is to make 2004 its “year of beauty” following a marketing rejig that has seen Sunny D marketing chief Gino de Jaegher take the top beauty marketing position in the UK.

De Jaegher will be given responsibility for the recently acquired Wella brands following the news last week that Wella marketing chief Bob Bartlett has not been given a role at the company (MW last week). De Jaegher’s appointment follows the promotion of former UK marketing chief Chris de Lapuente to the role of president of global haircare in May.

Jenny Ashmore, associate director for babycare, will replace De Jaegher as marketing director for paper, although responsibility for the company’s femcare brands such as Tampax and Alldays will remain with De Jaegher.

Outgoing beauty chief Whitty-Collins says that the company’s beauty care division will look first at the Wella brands in its portfolio, with a potential relaunch of Nicky Clarke scheduled for later in the year.

The Treasury Select Committee has written an open letter to the chief executives of Barclays, HBOS, HSBC, Lloyds TSB, MBNA Europe and Royal Bank of Scotland questioning the ways in which credit cards are marketed. The letter follows a report published last year and the chief executives have been asked to respond ahead of being […]

Pepsi is to put Â£3m behind a relaunch of Pepsi Max with new packaging and a television advertising campaign.