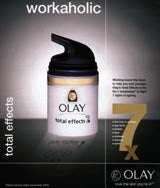 Procter &amp; Gamble is to launch a range of body-wash products under the Olay brand next month to challenge the dominance of Lever Fabergé’s Dove in the category.

The seven-product range will be launched with a &£2m television and print ad campaign, which has been created by Saatchi &amp; Saatchi.

One industry source says that P&G wants to “reignite” the sector, which is dominated by Dove. He adds that P&G is trying to establish Olay at a “regime” brand, which can be used for all shower and bathroom needs. He adds: “Olay has suffered at the hands of Dove in recent years and this is the beginning of the fightback.”

Lever Fabergé, meanwhile, will build on Dove’s strength in the bathroom with the launch its own bath variants next month. A line of “relaxing” bath foaming products will be launched, offering properties such as “relaxing tranquillity” and “calming night with lavender”.

Levy McCallum, the Glasgow-based agency, has been appointed to handle a Â£250,000 integrated campaign for Welch Homes, a company that designs, builds and manages residential retirement villages.

The Feel Agency has created a press and poster campaign for sexual health charity FPA that uses the tagline: ‘Woke up with more than you expected? Spots, rash, itching or worse?’

The Meat and Livestock Commission (MLC) is reviewing its Â£2m media planning and buying business. It is expected to invite incumbent OMD Gemini to repitch.