Today’s (13 January) announcement coincides with the start of the youth Olympics in Innsbruck, Austria.

P&G revealed some of the partnerships between its brands and Olympic athletes last year and plans to roll out Olympic activation activity across all its brands in the run up to the London 2012 Games.

Activity under the Gillette brand will roll out later this month starring athletes including cyclist Chris Hoy and tennis player Roger Federer, who is already a global brand ambassador for the brand. The campaign will centre on athletes going back to visit the sports facilities and coaches that inspired them as a child, and making a personal contribution so that they can encourage future generations of Olympians.

The youth sports activity will sit under P&G’s “Thank you Mom” campaign as part of the company’s strategy to make consumers’ lives easier.

Speaking to Marketing Week, Paris Kafantaris vice president of marketing for P&G in Western Europe, says that the P&G will look to broaden and extend the Thank You Mom campaign beyond the London 2012 Olympics to future Games because its appeal is universal across territories.

He says: “We’re targeting a consumer that is similar across continents, and you probably find that mums have more in common with other mums in other countries than they might have with other consumer groups in their own country. We have an ongoing relationship and will learn a lot from London and reflect it in other Games.” 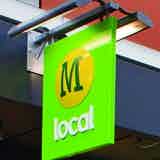 Morrisons is ramping up its moves into the convenience market with its first store that offers outdoor seating in a bid to take on rival specialist coffee chains.