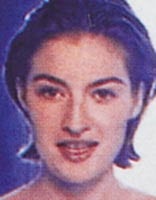 Procter & Gamble (P&G) will quit the UK women’s anti-perspirant market when it scraps its women’s brand Secret next year.

Secret, which was P&G’s first serious attempt to muscle in on the Western Europe deodorant market when it launched in 1999, was supported by an estimated &£12.5m advertising campaign in the UK, created by Leo Burnett.

Secret will be phased out in Western Europe, including the UK, by summer 2002. The brand will continue to exist in Central and Eastern European markets and the US, where P&G claims it is a top-selling brand.

A P&G spokeswoman says: “Secret is being discontinued because the business it generated has not been as successful as was hoped. But it is very popular in most markets except Western Europe.”

Last year P&G announced a $55m (&£39m) marketing and advertising budget for Secret in the US, in an effort to maintain the brand’s dominance in that market.

The launch of Secret in the UK prompted a boost in Unilever’s ad spend for its Dove and Sure brands. The rival company is understood to have announced an increase of &£15m in ad spend in 1999. The investment was primarily directed at supporting its anti-perspirant brands.

P&G recently announced the end of its Olay cosmetics line and has halted plans to introduce its dry-cleaning product, Dryel, in the UK and continental Europe (MW June 21).