The video, titled Easy Lip Makeup Tutorials for Winter Time, shows a model vlogger talking about and using a number of P&G’s Max Factor products alongside makeup from other brands.

The video description also lists the Max Factor products featured in the video and includes a link to buy the products via the online shop SuperSavvyMe.

While the beginning of the video states: “Sponsored by Beauty Recommended, brought to you by Procter & Gamble”, the ASA has ruled that the video is “not obviously identifiable as marketing communications”. It has banned P&G from running it again, with a warning to ensure future ads make their “commercial intent clear prior to consumer engagement”.

P&G claimed its approach “ensured that a viewer was aware that the vlog was sponsored before they engaged with the material”, adding that it “went further than their competitors and made clear to any viewer that the content was sponsored by Procter & Gamble”.

“For those reasons, we considered that consumers would not be aware that the videos were ads promoting Procter & Gamble, and instead were likely to believe the videos were impartial editorial content.”

The relationship between brands and vloggers has become a hot topic since Oreo became the first brand to have an ad banned for an “unclear” tie-up last year.

ASA CEO Guy Parker told Marketing Week that the advertising body is involved in an ongoing project on the subject and has plans to work with vloggers to deliver guidance on vlogging over the next few months.

“It’s an important priority for us at the moment,” Parker says. “You’ve got to get the balance right between keeping pace with the speed of change and being responsive and reactive to new developments in the market, but not being heavy handed or inflexible because that can have a stifling effect on innovation.”

However, he adds: “Everyone is struggling to keep pace with the speed of change, and I don’t think people should be too critical of companies or regulators and organisations that are trying to keep up. “ 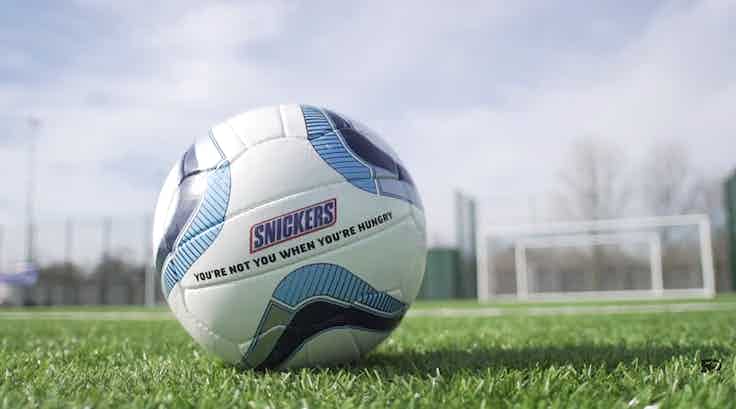 Snickers is the latest brand to tap into the rise of social influencers with a new global digital campaign that sees popular video bloggers, including F2Freestyles and Ultimate Handyman, create branded “You’re Not You When You’re Hungry” ads.