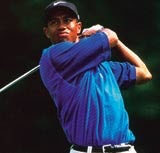 The Professional Golfers’ Association (PGA) is to begin a multi-million pound marketing push to attract more women and teenagers to the game.

Advertising will break this summer, focused on media such as tabloid newspapers and the internet, which are popular with the target market. The PGA has appointed J Walter Thompson to handle creative work for the campaign, with media buying by Quantum Media.

The PGA has also invited tenders from a number of production companies and TV channels for a weekly TV golf programme. Those invited include Chrysalis, Sunset &amp; Vine, BSkyB, the BBC and Eurosport. The brief is for a programme to teach the basics of the game to a broad audience.

The decision to push golf outside its core ABC1 male following comes after research by Mintel for the PGA showed that only 14 per cent of golfers are under the age of 19, while a mere 11 per cent are women. The PGA hopes that the recent success of female golfer Annika Sorenstam will also inspire women to play the game.