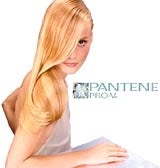 P&G is planning a £9m relaunch of its Pantene haircare range, in a bid to fight off the threat emerging from Unilever’s £35m-plus investment in a new Dove haircare range.

Branded a “knee-jerk” reaction by industry insiders, P&G plans to run the advertising onslaught early next year to coincide with the Dove haircare launch in January.

Unilever is also spending £50m to revamp its Organics and Timotei brands at the same time.

The launch of the Dove haircare range will be the skincare brand’s first entry into the shampoo and hair-conditioner market and the company’s biggest launch since Organics (MW November 15).

The Pantene relaunch will be P&G’s first blitz in the haircare market since the furore created by its spying on Unilever’s US haircare operations. P&G owns the top-selling shampoo brand in the UK – Head &amp; Shoulders – and Pantene, the second biggest.

The brand’s relaunch next year, which will largely include TV advertising through Grey Worldwide, follows a global relaunch of the brand early this year. P&G is understood to have increased its annual UK marketing spend of £13.8m for Pantene, which included new products and redesigned packaging as well as advertising (MW November 2, 2000).

A toiletries and household products buyer says: “The £9m spend on the relaunch for a brand as big as Pantene seems to be simply a reaction to Unilever’s similar announcement. The Pantene relaunch next year will not include any product launches, only TV advertising and some kind of pack redesign.”