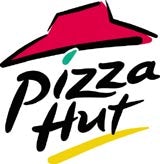 Pizza Hut has retained PHD to work on its £7m media planning and buying account, following a two-way pitch against Zenith Media.

PHD has held the business since 1998, when the pizza restaurant group moved all of its advertising into sister Omnicom agency Abbott Mead Vickers.BBDO.

Pizza Hut has launched a series of products this year.

In May, it enlisted the four judges from Pop Idol to star in a television ad campaign to promote its Quad pizza.

Pizza Hut is the largest pizza restaurant company in the world. It has 12,000 outlets in 90 countries, employing more than 300,000 people. Two brothers – Dan and Frank Carney – opened the first restaurant in Wichita, Kansas, in 1958. In 2001, it launched its franchising programme in the UK. Last month, the company appointed John Derkach, the former marketing director of the Whitbread Beer Company, as chief executive (MW August 15).