Procter & Gamble baby brand Pampers has been running a campaign in partnership with charity Unicef that aims to tackle maternal and neonatal tetanus. What began as a UK-only promotion in 2006 has grown into a global drive with the grand ambition of completely eliminating the disease by 2012.

Isabelle Bjarnason, project leader of the Pampers Unicef campaign, explains: “We approached Unicef because it shares Pampers’ mission of promoting the development of babies.

“With Unicef, we identified the issue of maternal or neonatal tetanus, which is still killing thousands of babies throughout the developing world. Once we had identified this, we put together a simple mechanic – for every pack of Pampers bought, one dose of vaccine is donated.”

In its first year, it was a UK campaign, then was broadened to encompass Europe and has now extended across all Pampers’ markets and across the nappy brand’s other products, including baby wipes. P&G’s laundry brand Fairy Non-Bio is also now operating the scheme. Since the start of the campaign, the programme has vaccinated more than 45 million women and their babies against tetanus. The goal now is to protect a further 33 million women in at least 32 counties around the world and completely eliminate the disease by 2012.

Bjarnason recently returned from Angola, where she got to see the project in action. “It was an eye opening experience,” she says. “There is a lot of education on top of vaccination and that was really interesting.”

Bjarnason was accompanied by actress Natasha McElhone, herself a mother, who fronted the 2009 marketing campaign for the project. Bjarnason says the trip was designed to leverage editorial coverage for the initiative. “Because it is a long-term campaign, we can now tell people what we have achieved.”

Alongside the editorial content, P&G also ran an extensive tactical marketing campaign. This activity included on-pack promotion, a television campaign, online activity and a relationship marketing programme where direct mail is sent out with extensive information and followed, at the end of the campaign, by a thank you message.

Bjarnason says that everyone at P&G who is involved with the project “feels like they can make a difference” and morale has been further buoyed by the campaign’s success at 2009’s MCCA awards last year.

Bjarnason concludes: “We try to use the power and scale of the Pampers brand to reach our consumers.” 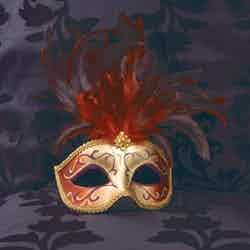 Calling time on TV advertising for alcohol brands looks more likely after a Health Select Committee’s report last week. But an allout ban need not spell disaster for this already promotionally fettered industry: it could lead to new highs of creative strategic thinking.