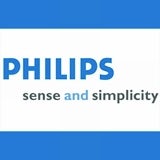 The campaign, which will run on TV, print and online, will carry the brand’s “sense and simplicity” messaging.

Philips, which sells electronic products from electric toothbrushes to lighting, says it hopes the campaign will convey that the company is committed to improving the quality of people’s lives through meaningful innovations.

The campaign will be officially launched throughout all channels in June and will end in April 2012.

Gabriele Wrede, global head of marketing and brand management, says: “Thanks to our consistent focus on building brand loyalty amongst all our customers – with the brand campaign as an important element – we’ve seen a 7% increase in the value of the Philips brand to $8.7bn, outpacing the average increase for 4% shown by brands measured in the 2010 Interbrand ranking.”

She claims Philips’ brand value has doubled in the six years since the company first started the rollout of its global brand campaigns.

A print element of the campaign launched earlier this week, with full page ads across UK national newspapers. However, its call to action point: a URL to its “meaningful innovation” microsite, was not working when the ads went live.

Philips says the situation is being addressed and apologies for any inconvenience caused.