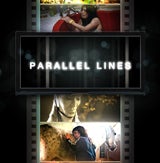 The project, entitled ’Parallel Lines’, aims to promote the “cinematic viewing experience offered by Philips’ range of TVs” and is a follow up to the Carousel short film developed for the launch of the Philips Cinema 21:9 TV. Ridley Scott Associates (RSA) will produce the film.

RSA’s directors were invited to submit treatments for a short film in a genre of the director’s choice. Forty-five treatments were received in total from which Philips selected five, which will feature in the campaign.

Philips says the objective of the campaign is to engage film fans and drive awareness of Philips TVs’ cinematic viewing experience proposition through its unique ’Ambiplayer’ media player.

Parallel Lines will be promoted via an interactive though-the-line campaign with a strong focus on social media. The agency team includes DDB, Tribal DDB, Unit 9, Carat and Omnicom’s OneVoice consortium of agencies for PR.

The five films will be released online on 8 April 2010 using the Philips’ ’Ambiplayer’. A dedicated Facebook site has been launched and a trailer for the films is due to be released via the Facebook page on 26 February. On 7 April, Philips has bought a Facebook ’reach block’ across 10 global markets so all users in those markets will see the trailer on their personal homepage.

Those who click through and become a fan of Parallel Lines will be rewarded by being offered the chance to preview a film the day before their official release.

The digital integration will also include the first YouTube homepage masthead in widescreen 21:9 cinematic format which will appear in seven markets, linking direct consumers to a Philips Cinema channel.

“Seeing is believing. We want to show that people can enjoy the experience of the cinema at home and that’s why we’re delighted to be working with such talented directors on this exciting project”, commented Gary Raucher, vice president and head of integrated communications, Philips Consumer Lifestyle.