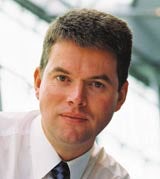 When he takes the stage at Marketing Week’s TV 2004 today (Wednesday), Toyota GB’s commercial director Paul Philpott is expected to call for three changes to the industry: a television marketing agency; for a relaxation of regulations on advertiser-funded programming; and research to show TV advertising drives sales.

His main concern is the quality of the cluttered spot advertising environment and restrictive regulations that stifle advertiser-funded programming: “I would ask broadcasters and agencies alike to help advertisers petition for a relaxation of the regulations that prevent greater innovation on TV.”

As the keynote speaker representing advertisers, Philpott is also set to voice disappointment that little has been done to market TV as a medium since last year’s TV conference in Bath.

Philpott is expected to say: “Twelve months on and nothing has changed. No TV consortium. No joint marketing initiative and no generic promotion of television.”

However, he welcomes the steps taken in the last few weeks by the main commercial TV companies to conduct research into how the industry would like to see TV marketed, whether through an industry body or some other initiative. The initial results of the research are due to be unveiled later today at the conference.

Philpott is also expected to call for greater accountability to the effect of TV advertising on sales and will warn TV broadcasters, saying: “If you want to see my spend on TV continue or maybe even increase, then you’ve got to start to help advertisers cement the link between what they spend on TV and what exactly they get back in return.”

BSkyB is on the hunt for a head of marketing for its Sky Business division, which sells subscriptions to pubs, clubs, gyms and other non-residential locations. Current marketing head Charlotte Gray is emigrating. The head of marketing reports to Iain Holden, commercial marketing director for BSkyB, who is also head of Sky Business. The role […]

Mother has created a new tactical television campaign for Boots to support its Soltan brand. The agency is also working on a brand campaign for the retailer due to break in autumn.