The move comes after the retailer dropped its “Jack” character from TV ads, instead focusing on the theme of peer group approval.last year.

The new ad has been created by Adam & Eve and launches tonight (17 May). It aims to reinforce the lengths that Phones 4u will go to find the right phone for absolutely anyone.

The TV ad features a group of Bangkokprison guards, who although should be minding their prisoners, can’t help being distracted by the features of the Sony Ericsson Xperia X10. It will run across a number of key channels and programmes, aimed at the 16-24 year-old youth market,during popular shows such as Glee, Friends, Britain’s Got Talent and Hollyoaks, which were chosen by Eden – a joint venture between Adam & Eve and the7stars who were appointed to the account in January.

In addition to the TV executions, the new campaign will run across a number of media channels including press, radio, via the KISS FM sponsorship, across Facebook and Twitter, PR activity and an in-store campaign.

Russell Braterman, Phones 4u marketing director, told Marketing Week: “We wanted to continue to be a youth focused brand whose heritage is built on humour wit an underlying message that no matter who you are, we have the phone for you. This campaign reinforces our unique and mischievous nature in tone and theme, which is what our customers have come to not only expect but love about Phones 4u.”

“We want to continue to be attention grabbing. The hand gestures have been reintroduced following high consumer demand. It’s a great mechanism for us to make customers remember us, as the challenger brand in our retail space. We want to continue to make fun of the world around us, but also focus on the smartphones available that our target consumers want to be aware of.”

Jon Forsyth, Founding Partner at Adam & Eve, adds: “We have created a campaign with a distinctive story that not only heroes the brand’s cheeky tone, but differentiates Phones 4u from the rest of the mobile marketplace.”

Last August, Phones 4u went head-to-head with O2 in the financial services market, with the launch of two Mastercard prepaid cards.

Adam & Eve was appointed in January last year to handle the £7m advertising account following a three-way pitch against Mother and incumbent WCRS. 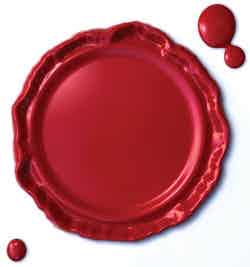 It is not just Prime Minister David Cameron that needs third-party support, household brands are discovering that accreditations from independent organisations can be used to improve sales figures. 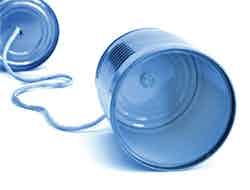