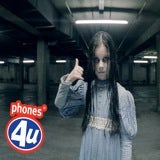 The Advertising Standards Authority (ASA) received 601 complaints about the TV and VOD campaign, which featured a ghost-like girl catching a woman by surprise in a multi-storey carpark.

Complainants objected that the ads were offensive, irresponsible, unduly distressing and inappropriately scheduled at a time when children might see them.

The ASA found that the parody nature of the ads, particularly the fact that the girl mimicked the well-known “Phones 4U” hand signal at the end of the spot, meant that they were unlikely to cause widespread offence.

It said the sense of tension in the ad was “dissipated” by the message delivered by the girl, informing the woman of the retailer’s latest deal and also the tagline “Missing Our Deals Will Haunt You”.

The media regulator also found that although the horror movie theme could be distressing to children, its Clearcast rating of post 7.30pm on both linear TV and VOD minimised the risk of young children having to see the ad.

The restriction also extended to programmes that were likely to appeal directly to children but broadcast after 7.30pm, which the ASA said ensured the ad did not breach the advertising code.

Caspar Nelson, Phones 4U’s head of brand communications, says: “We see the ASA’s ruling as an absolute triumph to creative and impactful advertising.

“The campaign has been extremely well received by a large audience who recognise the classic horror themes, get the Phones 4U sense of humour, and understand what our ads are trying to communicate.”

Had the ad been broadcast in 2010, the Phones 4U campaign would have usurped an outdoor ad by maritalaffair.co.uk that allegedly encouraged people to cheat on their partners, to become the fourth most complained about ad of the year. 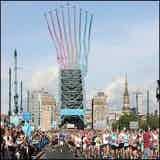 BT’s MyDonate is replacing JustGiving as the online fundraising sponsor of the Great North Run as the telco looks to raise awareness of the charity service it launched in April. 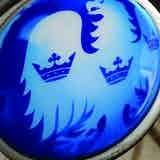 Barclays is reviewing the marketing structure for its UK retail banking operations following the departure of marketing director Emmet Burns. 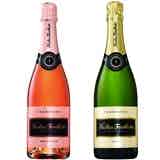 Champagne brand Nicolas Feuillatte is a relative newcomer to the world of bubbly but this allows it to “break the rules” of luxury marketing. Marketing Week caught up with the Nicolas Feuillatte team of Caroline Defaut (CD), marketing and communications director and David Henault (DH), new cellar manager for this Q&A. Marketing Week (MW): Nicolas […]