Video: Phones 4u’s new ad campaign, “For the future you”

Launching on TV today (17 July) the “For the future you” ad campaign, created by adam+eveDDB, sees a customer and member of Phones 4u staff transported two years into the future in the DeLorean car from the film Back to the Future. Ben Padley, marketing director at Phones 4u, tells Marketing Week the campaign aims to shout about the “brand truth” that Phones4u can help customers choose a phone that fits both their current and future life.

Padley says the campaign is a shift for Phones 4u, which has previously focused on talking about its proposition rather than what the brand stands for. While this is great for sales, he says, it isn’t a sustainable way of establishing Phones4u’s points of differentiation.

“We took a step back and had a look at Phones4u. We found we had great brand credibility and awareness among our core audience where we are seen as trusted, irreverent and established. We wanted to shout about that. We are determined to start to advertise beyond product and price,” he adds.

The concept for the campaign is based on Phones 4u research which found that many consumers are concerned that their phones will be out-of-date in the future as mobile technology – both handsets and the networks – rapidly develop. It aims to shine a spotlight on the store teams and the fact that they get to know each customer’s needs before selling a handset to demonstrate the support Phones 4u can offer when customers are making a decision, which Padley believes is its main point of differentiation.

Phones 4u plans to tease the new campaign with a series of five two-second teasers today and tomorrow, before a full premiere of the 60-second ad on Saturday (19 July). It will be supported by print, outdoor, digital and in-store activations, with media bought by 7stars.

There will also be a social media campaign, dubbed #FutureYou. It will ask people to share their thoughts on what their future will look like for the chance to get help from Phones 4u in getting there.

Padley says while the new campaign will still be judged on short-term commercial objectives such as store footfall and website visits, it will also be measured against brand metrics including consideration, trust and awareness. It is expected to run until at least the end of the year, when Phones 4u will look at whether to continue with the message or refresh it.

The marketing push follows the news that rival mobile phone retailer Carphone Warehouse is to merge with Dixons Retail as the two firms look to position themselves for the rise of the so-called “internet of things”, where devices such as fridges will be connected to the internet. The plan is to open Carphone Warehouse areas in Currys and PC World.

Separately, Phones 4u is also testing new store formats. Earlier this year it announced plans to trial new “smart tech” proof-of-concept propositions at 10 of its Birmingham stores, which it kitted out to highlight a range of smart and wearable tech.

It is planning to trial further new concepts this year based around the “For the future you” positioning following the success of its White City format, which saw staff wearing more casual clothes and offered free Wi-Fi and digital point-of-sale. Phones 4u claims that of those who shopped in its new concept stores, 91 per cent would consider browsing again in future, 88 per cent would consider purchasing and 86 per cent said the White City store was better than other mobile phone shops. 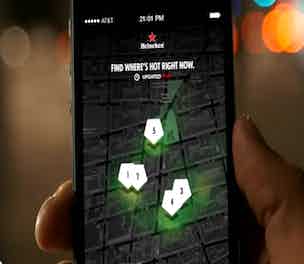 Heineken is letting city dwellers worldwide plan their nights out directly from Twitter using real-time location-based social activity to recommend where they should go next. 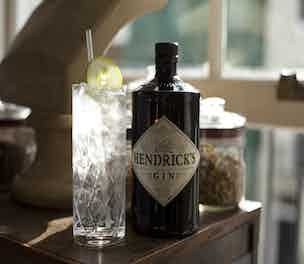 Sailor Jerry’s maker William Grant & Sons plans to pour more of its marketing budget into organic content to convince influencers to drive word of mouth for its brands, claiming the method is more effective at driving reach for premium products than paid media.