Phorm, which has endured setbacks in the UK market this year with ISPs BT, Virgin Media and TalkTalk moving away from deploying the service, said losses for the first six months to 30 June 2009 fell from $24.7m (£15.25m) in the same period last year.

This year BT said it had no immediate plans to deploy the technology, Carphone Warehouse cancelled its contract and Virgin Media said it was delaying use of the technology (nma 8 July 2009).

Kent Ertugrul, CEO of Phorm, said the company remains optimistic about its progress in the UK.

“We are in discussions with a number of UK ISPs and remain optimistic about our longer term potential in this market,” said Ertugrul.

However, he added the company sees South Korea as its next growth market.

“In South Korea, we are in the final stages of a large-scale market trial in partnership with KT, the country’s leading ISP, the results of which are now being evaluated,” said Ertugrul. “The trial involved the participation of leading local advertising agencies and publishers, with targeted advertising being served to participating Korean internet users.”

The statement followed the resignation of chief technical officer, Stratis Scleparis, who was responsible for developing Phorm’s technology. Before Phorm he held the same role at BT Retail.

The company has also closed its Stopphoulplay.com website which was launched to hit “back at the ‘privacy pirates’ smear campaign against Phorm”. It has also closed the dedicated websites for its behavioural targeting products, Open Internet Exchange and Webwise, and redesigned Phorm.com. 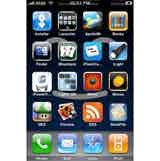 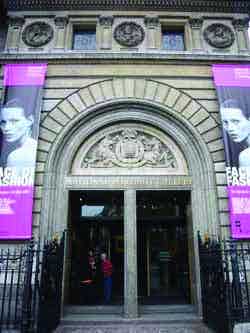 Research is becoming an increasingly important tool to prove the value of sponsorship in an economic environment where investment is coming under greater scrutiny, according to sponsorship professionals.