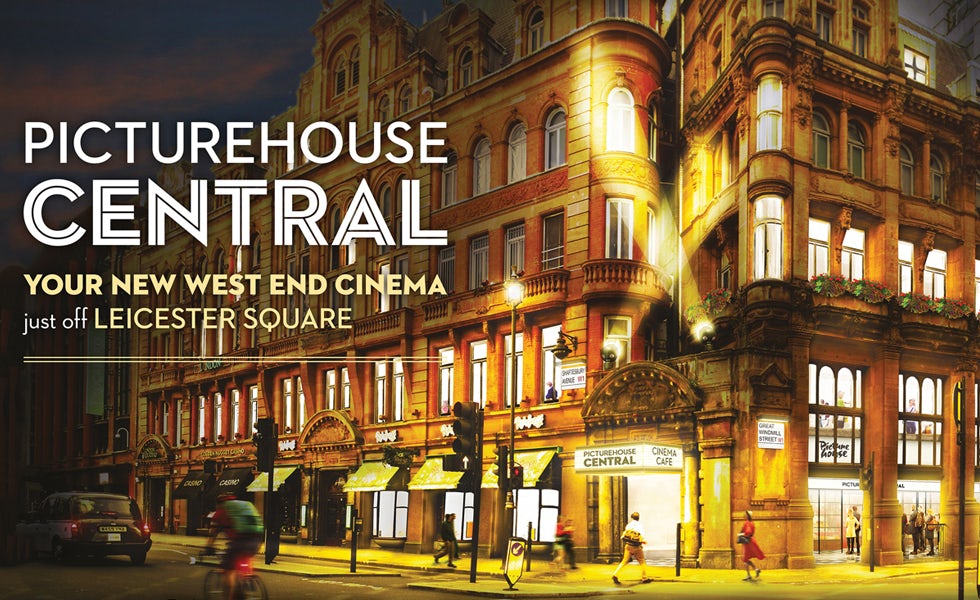 Despite the cinema industry’s audience decline, independent arthouse group Picturehouse Cinemas has continued to expand through a mixture of new builds and acquisitions. The group, which was acquired by Cineworld for £47.3m in 2012, has 22 cinemas across the UK.

Picturehouse’s latest project has been transforming the former Cineworld at London’s Trocadero entertainment complex near Piccadilly Circus. The cinema will reopen to the public as Picturehouse Central tomorrow (19 June). The site has seven screens, a private members bar, café and restaurant, and will also host red carpet events.

Group marketing director Sara Frain outlines her marketing strategy, how the brand positions itself in the market and how cinemas are adapting to changing film-going habits.

Q: How has Picturehouse managed to grow while the overall audience of cinema is in decline?

Sara Frain: Picturehouse has always bucked the trend with regards to film-going habits – our members are engaged and loyal and they visit our cinemas six to seven times a year on average, against the national average of 2.5 visits.

Q: The new Picturehouse Central is in a key location in the heart of London’s West End. How will the arthouse experience fit in at this venue?

Sara Frain: We are bringing everything we do at Picturehouse to the West End for the first time. The breadth of film and event programming, destination bars and cafés, products such as our bespoke wine list, all we have to offer wrapped up in the Picturehouse experience. We’re also going to be a new home for film festivals and premieres.

In our campaign we have been using the term ‘off Leicester Square’ when talking about Picturehouse Central, which is both literal and metaphorical [like off-Broadway] in terms of the kind of programming and experience we plan to offer. We have announced plans to host Sundance Film Festival: London, which will launch with an industry event in June, with the festival returning for film fans in 2016.

With Picturehouse Central we also wanted to provide something special for our members. We are merging the cinema experience with the experience of a members’ club. The top three floors of the building will include a members’ bar and roof terrace with spectacular views across London, and we have hired a leading mixologist to create a bar list. It will also be the home of a special art installation featuring the names of all our founder members.

Q: What is your strategy for locations and openings?

Sara Frain: We look to open cinemas in the heart of communities and always look for areas that are underserved in what we believe we can offer to that community. There is often great excitement when we announce that we are opening a Picturehouse in a new area.

In terms of marketing, we start early in the process, launching social media channels and engaging with the local community as early as possible. In our cinemas you will often see famous faces who live locally, and they have been great in supporting our openings, for example [actor] Michael Fassbender helped us launch Hackney Picturehouse. More recently [actor and director] Richard Ayoade supported our opening of East Dulwich Picturehouse and Café.

We offer bespoke programming to each cinema, and local produce and local partnership deals for our members.

Q: How has digital media affected the way people consume films and cinema?

Sara Frain: Digital has transformed the way that people consume content. The fear has been that the emergence of new digital platforms, and the ability for audiences to consume content on demand whenever they want, would mean cinema-going would decline.

At Picturehouse we don’t think like this. We have always embraced new technologies and just as digital has allowed new platforms to develop, it has also meant big advances in the cinema experience. We were the first cinema group to go fully digital and our new cinema, Picturehouse Central, will have 4K projection and Dolby Atmos sound.

”We are the antithesis of the multiplex. A good illustration of this is we sell more wine than popcorn”

Q: How do you position Picturehouse in relation to other cinema brands in the market?

We consider ourselves to be an independent cinema group [despite being owned by Cineworld]. We are traditionally town-centre and community-focused cinemas within architecturally interesting buildings. We service the local community from our Big Scream club through all ages to Silver Screen. Several of our cinemas have celebrated their 100th anniversary over the past few years. We are the antithesis of the multiplex: a good illustration of this is that we sell more wine than popcorn.

Because of the experience we offer and our innovative marketing, we regularly punch above our weight in terms of market share. We are always thinking of ways in which our passion for cinema can be communicated to customers. One example is our weekly film podcast, which was started by a staff member and is now regularly in the top five film and TV podcasts on iTunes. Another is our Picturehouse Recommends magazine, which showcases the
must-see films and events at our cinemas in the coming quarter.

We are grown-up cinema, and we have café-bars with a full alcohol license for the auditoria, which means we can think differently to the average multiplex. For example, the Picturehouse Central cinema will be launching with a new cocktail hour, ‘6s and 7s’, where cinema-goers can enjoy a £7 cocktail from 6pm and watch a movie at 7pm, or they can stay in the restaurant for dinner.

Q: What is the strategy behind your brand partnerships?

Sara Frain: We do a lot of work with brand partners that are attracted to our core audience demographic – more discerning cinema-goers aged 25 and over who are engaged with our offering. We tend to attract long-term brand partnerships looking for experiential engagement rather than the traditional badging that other chains offer. At present, we’re working with Jameson, Heineken, Barclays and E4.

Q: How important is event cinema?

Sara Frain: Event cinema has always been important to us. We distributed
our first live cinema broadcast with Amnesty International’s Secret Policeman’s Ball [stage show] in 2006, and launched the Metropolitan Opera Live in the same year. It has proved a rapidly growing business, accounting for almost 20% of our ticket revenue.

Our staff dress up and dress the cinema, coming up with innovative marketing ideas to create a sense of the event, ranging from having a Formula One car on the premises in our cinema in Norwich for the film Rush to our cinemas turning their foyers into hotel lobbies for The Grand Budapest Hotel. This all adds to the experience and importantly to the box office.

We distribute the Royal Shakespeare Company’s Live From Stratford series to cinemas across the world, and last year we distributed Monty Python Live to more than 2,000 cinemas in 52 countries. We are due to release Roger Waters’ The Wall on 29 September to a similar footprint. 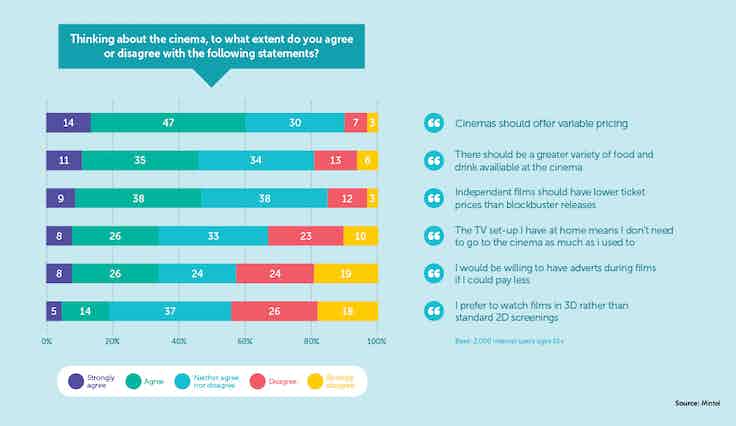 Comparethemarket has confirmed it will fill the gap left by the end of Orange Wednesdays last month but will go one step further by offering customers 2 for 1 cinema tickets on Tuesday or Wednesday.