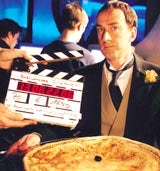 The dramatic decline of Barclaycard’s market share over the past five years calls for drastic measures. Last week’s announcement that the company is to spend £48m over the next three years on one of England’s most expensive sponsorship deals, covering the FA Premier League, is certainly a radical move. But it is questionable whether the card company’s bold brand-building strategy will indeed save it from terminal decline.

Barclaycard may be the UK’s leading credit card with almost 8 million customers, but it is also one of the country’s most expensive credit lenders. With interest rates of up to 25 per cent, it is two and a half times more costly than its cheaper rivals. It is facing stiff competition from US-style card-only companies, which offer cards with low interest and six month introductory rates of as little as zero per cent. Barclaycard’s APR ranges from 24.9 per cent for its Initial Visa card to 17.4 per cent on the Platinum card. Egg’s credit card, by contrast, charges 11.9 per cent.

Instead of responding to the falling price of credit, Barclaycard has ploughed ever-increasing sums into advertising and branding, in an attempt to maintain its premium position.

But according to Datamonitor, Barclaycard’s share of the credit card market has been dented in recent years, falling from 29.6 per cent in 1996 to 21.9 per cent in 2000.

Barclaycard marketing director Paul Parmenter says the Premier League sponsorship enables the company to maintain a high profile within the market. He says:”Barclaycard is a broad-based product, very much family-oriented, with a slightly up-market skew.

“Football is broadening its appeal. It has come a long way and is now more family-oriented. It fits well with the customers we have as well as with our plans to attract younger cardholders.”

But Parmenter adds that Barclaycard is reviewing the brand image it projects through its current Angus Deayton ads so that it fits in with the “fun and vitality” of football.

He has no plans to ditch Deayton, but says: “Angus is a tremendous link between our past and our future. There will be a role for television, but it will be different from the current one.” He suggests that Deayton’s ads may in future focus on the passion of football.

One industry source questions whether the sponsorship fits with the card’s cultivated brand image, which has been fuelled by cerebral and witty ads starring the likes of Alan Whicker and Rowan Atkinson, as well as Deayton. He says: “This sponsorship doesn’t appear to fit in. It will bring Barclaycard a lot of exposure, but does it actually need to build more brand awareness?”

Claudius KÃÂ¶nig, director of brand consultants Wolff Olins, also questions whether the deal is too mass-market. “In the end Barclays has got a topical story out of the deal, but having a broad appeal is not good enough. It should be aiming for a more targeted awareness, perhaps by focusing on a broader range of more specialist sports.”

Playing out of position

Barclaycard’s positioning problem in the mass market is twofold. On the one hand, it is hooked on charging exorbitant rates of interest. On the other, it seems addicted to providing the public with entertainment, with expensive ad campaigns that exploit the talents of popular comedians but ultimately say little about the product’s distinguishing benefits.

Publicis strategic director Mike Wade says: “With Rowan Atkinson, Barclaycard produced sponsored entertainment. People did not switch to Barclaycard because of that, but it got a nice warm feeling. It tried some factual campaigns, but people missed the entertainment element and now it has reintroduced that factor. The battle, at heart, is about brand values.”

There is also doubt over whether the deal will help Barclaycard expand in Europe. The company has 1 million customers across Germany, France, Spain and Greece. A pan-European sports sponsorship could have helped boost its customer base. A source says Barclays should have focused on European events to build European awareness: “The [Premiership] sponsorship is UK-based. Individual Premiership teams go into Europe, not the Premiership.”

The previous Premier League sponsor, Carling, which paid £36m for the last four years of its eight-year tenure, backed out of negotiations to renew the sponsorship, despite it being credited with maintaining the lager’s position as the nation’s number one brand by volume.

To make a success of this deal, Barclaycard is going to have to show strategic nous and not just a flair for headline-grabbing opportunities. It will have to become part of the fabric of football – something unlikely to be achieved within three years. Sponsorship also requires an equal amount of money to promote the deal, so Barclaycard will need to invest about £100m in all.

Tim Crow, director of the consulting division of Karen Earl, believes Carling created strong synergies between the sponsorship, the brand and the target market. Crow says: “It’s got to the point now where if you scratch the surface of football, you will find Carling underneath. Carling will be an incredibly hard act to follow. It has entwined two of the great British institutions – football and the pub.”

Some marketers believe the deal is doomed, as there is no obvious connection between Barclaycard and football. One top marketing director thinks Barclaycard is using the deal merely as a badging exercise. He says: “It’s nonsense, it’s never going to work – I just can’t see the link.”

A recent survey carried out by Uefa looked at sponsorship recall in all football competitions across Europe. None of the brands named was financial or linked to alcohol, suggesting these sectors have to work harder to get their message across. The brand with most recall was Adidas. Also in the top ten were Opel, Nike and electronics company Sony.

Citigate Sponsorship managing director Tony Simpson says: “It shows that consumers are more aware of the makers of the kits and the kit sponsors than they are of the competition sponsors.”

Trouble on the terraces

In hindsight it’s easy to see the pub and football link that Carling has exploited, giving the brand credibility and an image of loyalty to the sport. But when the deal was first announced, Carling was heavily criticised. The perception was that beer equalled football hooliganism and that it went against the spirit of the modern game as outlined by the Taylor report, which highlighted the need for new stadia and family enclosures – recommendations that were becoming a reality.

And Carling does have a lot to celebrate. According to Millward Brown, the brand grew dramatically while associated with the Premiership and is now 50 per cent bigger than its nearest rival, Foster’s.

Barclaycard now faces problems similar to those of Carling when its title sponsorship started in the early Nineties. Carling was brand leader, but faced being usurped by foreign lagers and bottled beer. It needed to rejuvenate itself to keep in front.

It is unclear how Barclaycard intends to exploit the sponsorship. It could emulate MasterCard, which introduced special supporter booths with information for fans during its sponsorship of the World Cup in France 1998.

Simon Rines, author of Driving Business Through Sports, says: “It was a simple idea, but it is initiatives like this which show football fans you are putting something back into the game”.

ms. It could even end up becoming the football currency, by making season tickets into Smart cards and selling the concept to Premier League clubs.

Barclaycard could even get involved in grass-roots football, sponsoring summer football camps and club academies.

Barclaycard will no doubt measure the success of the deal by how much it can staunch its decline in customers. It will need to be quick on its feet.

Npower, the utilities company owned by Innogy, has signed up England cricket captain Nasser Hussain to appear in its next TV ad campaign. The deal forms part of the company’s three-year sponsorship deal with the England and Wales Cricket Board (ECB). It will be the first time that Hussain has appeared in a TV campaign. […]

Fears of an economic downturn have led to a fall in confidence among UK marketers, lower budgets and a slowdown in promotional investment