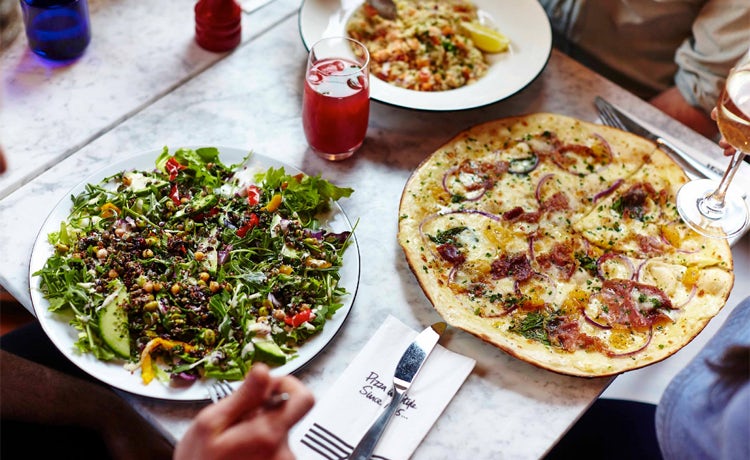 Pizza Express is on a mission to turn the business around after facing heavy losses, and is looking to standup comedy and celebrity talks to differentiate itself from newer competitors.

The Telegraph revealed this morning (3 July) that losses at Pizza Express reached £17m in 2016, compared to a £10m loss in the previous year. Like-for-like sales in the UK and Ireland fell by 0.9% in 2016, despite the chain agreeing a new partnership with delivery giant Deliveroo.

The brand’s CEO Richard Hodgson has since departed, but claimed the fall was due to the “softening casual dining market”.

To fight this decline, the brand is honing in on its restaurants. It has launched a new programme called ‘Pizza Express Live’, which will include comedy nights, as well as sit down talks with “top celebrities” such as Michael Palin.

Pizza Express already has numerous outlets that run jazz nights, but the new programme will expand on this musical offering by including funk and salsa. Its Holborn venue is the first restaurant to launch this new programme, with further plans for Maidstone and Birmingham by September. The brand is also looking to launch internationally, with plans for restaurants in the Middle East and Singapore.

While the brand has no above the line activity planned to promote the new entertainment programme, Pizza Express will be shouting about the events on its social channels.

The programme was developed in response to changing consumer behaviour, and looks to set the brand apart from newer competitors such as Franco Manca.

“What we’re seeing from our consumers is that lunchtime is now a more social occasion, and they want more experience-driven occasions in the evening. So it seemed like a natural fit for the business,” Amanda Royston, head of marketing at Pizza Express, tells Marketing Week.

“We’re appealing to younger and more diverse audiences, and it’s really helping people expect something different from Pizza Express. It’s a real point of difference, we’re the only brand in the casual dining market that offers this [live experience].”

It’s a real point of difference, we’re the only brand in the casual dining market that offers this [live experience].

When asked if Pizza Express struggles with an image problem and can be seen as “dull” compared to hipper pizza chains, Royston insists it is still well-loved among the British public.

“This absolutely couldn’t be further from the truth – the passion at which people talk about us, suggests it is anything other than dull. Because we have been on the high street for over 50 years, it is easy to make those comments, but if you listen to customers, they are choosing [to eat with] us every single day.”

YouGov BrandIndex figures seem to back this up. YouGov BrandIndex measures the public’s perception of brands on a daily basis across a range of measures, including value, impression and satisfaction. And the brand scores highly when it comes to reputation and brand impression, ranking first on a list of eight fast food brands.

When it comes to the pizza chain’s reputation, its score of +5.3 places it well above other competitors. Runner up Pizza Hut’s score is -10.5, and has seen a “statistically significant” decline alongside Greggs, Burger King and KFC.

The past year has also seen the Pizza Express put a heavier focus on technology. In December last year, the brand launched a Facebook Messenger bot allowing customers to play a game and win prizes. In April, it moved away from gamification by launching a reservation chatbot, thereby letting consumers book a table using chat.

Royston says the bots were “definitely more successful” than it had originally anticipated, pointing to high completion rates. It is now exploring how it could add additional functionality to the bots, but it admits it needs “constant fine tuning”. Pizza Express is also looking at its mobile app, and is eager to launch a loyalty scheme.

Despite the company’s disappointing results, Royston is eager to stick to her philosophy of “every day brings the chance to improve something”.

She concludes: “Our focus is on creating an enhanced experience and improved intelligence for the business. We have lots of sources of data and this is a time for pulling it all together. We have a very broad audience but we do need to understand their similarities and differences.” 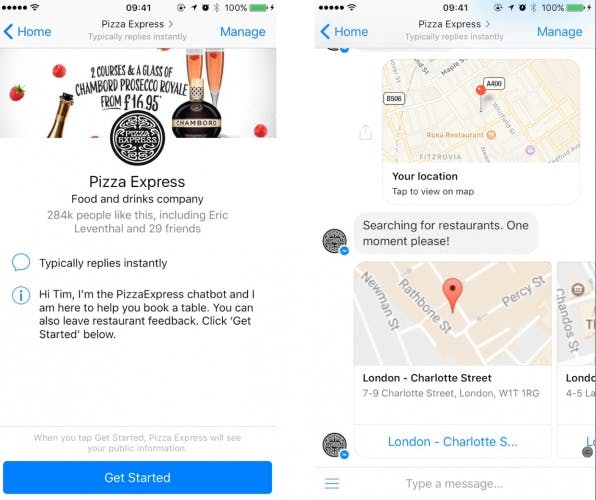 PizzaExpress claims to be the first UK restaurant to allow customers to book a table at their local restaurant via a Facebook Messenger chatbot. 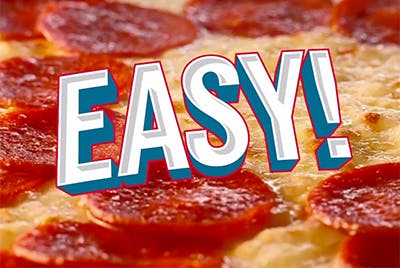 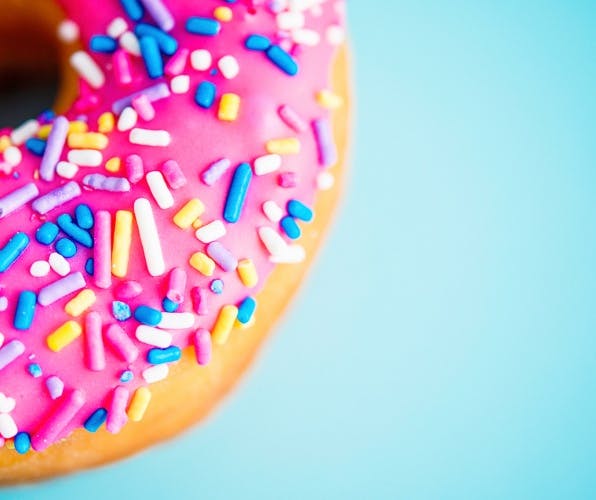