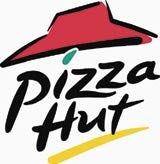 Pizza Hut marketing director James O’Reilly has been promoted to vice-president for marketing at KFC USA, after just a year in the role. His replacement has yet to be confirmed.

Pizza Hut UK chief executive John Derkach and the newly appointed director of retail marketing, Simon Wallace (MW last week), will implement Pizza Hut’s 2004 marketing strategy – which O’Reilly has already developed – and handle his other responsibilities until a replacement is found. O’Reilly takes up his new role on December 1.

During his time at Pizza Hut, O’Reilly has been responsible for increasing customer focus and new product innovation – including the company’s first UK-developed pizza innovation, The Quad. The chain has also started a refurbishment programme, with new menu items, as it tries to improve its image with customers.

O’Reilly replaced Bill Ogle as marketing director in January last year, after Ogle was promoted to vice-president of concept development in the US. Before coming to the UK, O’Reilly was marketing director for Pizza Hut, KFC and Taco Bell in the Caribbean and Latin America.

The appointment comes just a week after Pizza Hut announced that it had promoted former KFC marketing manager Wallace to retail marketing director. Matthew Critchley, a former Volkswagen Seat account director at Bates, was appointed as brand director as a result of Wallace’s promotion.