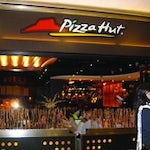 Pizza Hut’s UK chief marketing officer Murray Willows is stepping down from his role to take on a new role within the Yum! Restaurants group and will be directly replaced by marketing director Chris Tebben.

Willows, who has been in the role since October 2008, and is also a vice president of marketing for Yum! Restaurants International is understood to be taking up a more senior role within the group. Other brands within the group include KFC and Taco Bell, which has only recently re-launched in the UK.

He is a former chief concept officer for the group and was a Unilever marketer for 16 years before this.

His promotion follows that of Pizza Hut’s UK marketing director for restaurants, Claudia Nicholls-Magielsen, who became director of new concepts at KFC UK at the start of the year.

Most recently, the brand created a range of new pizzas to promote its partnership with the blockbuster action film, ’The A Team’ and has promoted its lunchtime buffet offerings.

Jens Hofma, managing director, Pizza Hut UK, says: “We can confirm that Murray will be leaving Pizza Hut UK after being offered a new role with our parent company, Yum! Restaurants International. I’m delighted to announce that Chris Tebben, Marketing Director has been promoted to replace him as Chief Marketing Officer. We’d like to thank Murray for all his hard work in helping us shape and develop our marketing strategy and we wish him all the best for the future.”