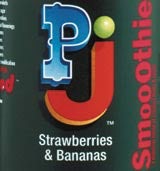 PJ Smoothies, maker of smoothie drinks, is on the hunt for an advertising agency to help it maintain its market lead over rivals such as Innocent.

The search for PJ’s first ad agency is being led by marketing manager Kathryn Mackenzie. The appointed agency will be asked to build on the campaign currently under way.

Last month PJ Smoothies launched a television advertising campaign, part of a &£2m marketing drive using the strapline “Done being bad”. A London Underground poster initiative launched in June was also part of the campaign. The work was created in house. The company now intends to increase its media spend to about &£4m.

PJ, originally Pete and Johnny Smoothies, was founded in 1994 by entrepreneur Harry Cragoe and the brand has grown quickly since then. It now has listings in major supermarkets, including Safeway, Sainsbury’s, Tesco and Asda. The brand’s first media exposure was as sponsor of ITV1’s reality TV series Survivor and ITV2’s Survivor Raw in April last year.

The brand has a number of sub-categories available as 250ml or one-litre bottles. The variants include SuperSmoothies, which are fortified with vitamins, and an organic, dairy-based brand called Moovies.

Rival company Innocent Drinks has put &£1.5m into marketing its brand this year and held its own music event, Fruitstock, in Regent’s Park, London, this summer.

The smoothie market is valued at an estimated &£28m with PJ accounting for the majority share of the branded segment.

Mochi ice cream brand Little Moons may has taken its marketing strategy to the next level since it went viral on TikTok earlier this year, but that does not mean the business is “walking away from digital”.